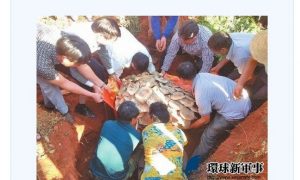 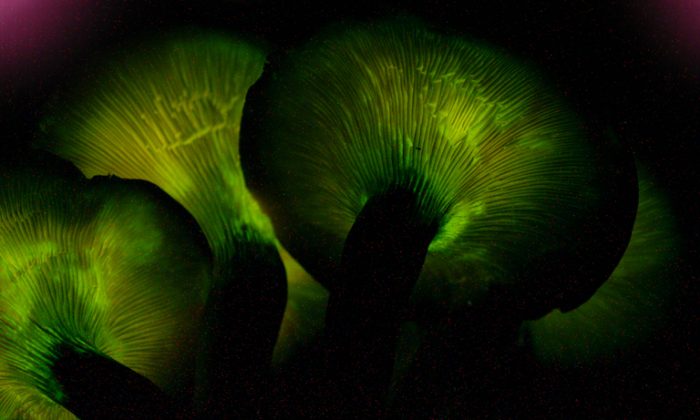 Some Mushrooms Glow in the Dark: Here’s Why

Glowing fungi with an on-off system synchronized to their daily rhythms? It sounds implausible, but it’s true.

Some mushrooms evolved the ability to glow in the dark in order to attract insects to spread their spores, according to new research in the journal Current Biology.

Mushrooms, or fungal fruit bodies—the bit you see above ground—may be familiar to us all as food but in the real world mushroom-forming fungi only produce these fruit bodies under special conditions. The main body of the fungus exists largely out of sight as a colony of white thread-like hyphae growing through a food source, such as a piece of wood or leaf litter.

In some instances fungal colonies can be old and very large. A colony of Armillaria solidipes in the United States is estimated to cover 9.6km2 (about 3.7 square miles) and be thousands of years old.

Fruit bodies are produced to disperse their sexual progeny as spores. Many fungi shoot spores into the air from the underside of the mushrooms, relying on moving air currents to passively distribute the spores over a wide area.

If the fungus is several meters up the trunk of a tree, this method is ideal. But wind speed is often either minimal or nonexistent on the underside of logs or at the ground level in a dense forest or even underground, where truffles are produced.

So if air movement isn’t effective how can spores be dispersed far and wide? One option is through aroma. Truffles, the fruiting body of the Ascomycete fungi, use their smell to attract fungivores such as pigs or squirrels who eat them and leave spores behind in their waste. Stinkhorn mushrooms have a foul-smelling slime, which attracts flies and other insects. The flies eat the slime and unwittingly spread the spores elsewhere.

Light is also attractive to many insects. Indeed a number of fungi bioluminescence emit a pale green light. One of the first mycology texts I read as a teenager devoted a whole chapter to “luminosity,” mentioning various fungi including some honey fungi (Armillaria), jack-o’-lantern (Omphalotus olearius), and a number of Mycena.

In the new study, a team of Brazilian and American researchers looked at the pale green light emission from fungi, to assess whether it attracted insects and whether brighter light conferred a selective advantage for spore dispersal.

The researchers looked at Neonothopanus gardneri, a particularly intense emitter found at the base of coconut palms in Brazil. It was previously thought their light was emitted continuously as a byproduct of some other round-the-clock metabolic process.

However, the study found the fungus glows only at night, and so is energy efficient; during daytime the light emission would be too faint to be visible. In any case, the best conditions for spore germination in canopy forests are found at night, when it is more humid. If the mushrooms glow only at night then the bio-luminescence must serve some purpose.

Camera observations showed the glowing fruit bodies became infested by rove beetles. But these beetles may have been attracted by something else—smell, perhaps.

To specifically test the glowing effect, experimental “mushrooms” made from clear acrylic resin were built. They were equipped with a light emitting diode, which operated at a similar wavelength to the mushrooms. To the beetles, the light would have looked the same.

The glowing plastic mushrooms attracted these and various other insects sensitive to green light, while fewer were attracted to non-illuminated controls. From this we can conclude that for these fungi there is a selective advantage to glowing in the dark.

Mike Hale is a lecturer in environmental, forest, and wood sciences at Bangor University, in the U.K. This article was previously published on The Conversation.com.