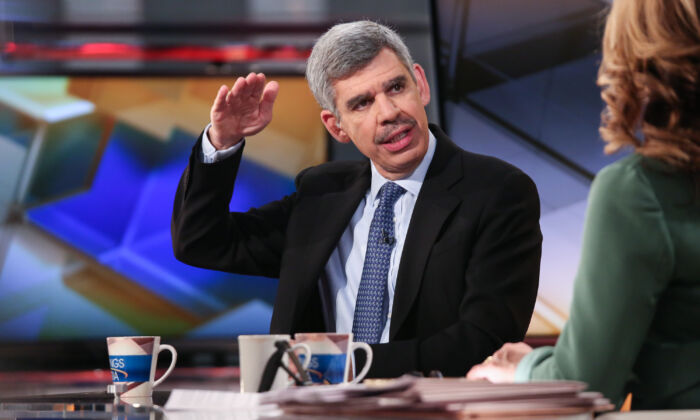 Is inflation dead, or are rumors of its death greatly exaggerated?

Mohamed El-Erian, an eminent economist and the chief economic advisor at Allianz, does not find the “inflation dynamics” to be “encouraging.”

While speaking in an interview with CNBC on Monday, El-Erian explained that rampant price inflation has shifted from the goods sector to the services sector, which he warns is “much harder to contain.”

While the annual Consumer Price Index (CPI) slowed from 7.1 percent to 6.5 percent in December, the annual services inflation rate rose to a more than 40-year high of 7.5 percent, according to the Bureau of Labor Statistics (BLS).

Because of underlying inflationary pressures, El-Erian does not believe the Fed should raise the benchmark federal funds rate by a quarter point at the upcoming policy meeting of the Federal Open Market Committee (FOMC) on Jan. 31–Feb. 1.

According to the CME FedWatch Tool, most of the market is penciling in a rate hike of 25 basis points (or, 0.25 percent), lifting the target rate to a range of 4.50–4.75 percent.

A growing number of Fed officials have agreed that a quarter-point increase is an appropriate policy decision, arguing that inflation is trending in the right direction.

“I currently favor a 25 basis-point increase at the FOMC’s next meeting at the end of this month,” said Fed governor Christopher Waller at a Council on Foreign Relations (CFR) event on Friday. “We still have a considerable way to go toward our 2 percent inflation goal, and I expect to support continued tightening of monetary policy.”

Others have expressed concerns that inflation could reaccelerate as the year progresses, even as the U.S. economy slows.

Is More Inflation Ahead?

The S&P Global Purchasing Managers’ Index (PMI) reports (pdf) for January were published on Tuesday. They revealed shrinking business activity for the seventh consecutive month. The latest PMI prints confirmed that the rate of input price inflation increased from December.

“The U.S. economy has started 2023 on a disappointingly soft note, with business activity contracting sharply again in January. Although moderating compared to December, the rate of decline is among the steepest seen since the global financial crisis [of 2008–09], reflecting falling activity across both manufacturing and services,” said Chris Williamson, the chief business economist at S&P Global Market Intelligence, in the report.

“The worry is that not only has the survey indicated a downturn in economic activity at the start of the year but the rate of input cost inflation has accelerated into the new year, linked in part to upward wage pressures, which could encourage a further aggressive tightening of Fed policy despite rising recession risks.”

Goldman Sachs economists warn that inflation might fail to fall evenly across the board, citing tight labor markets and fresh supply shocks in the commodities market.

“And even as the economy rebalances, inflation could settle at higher levels due to structural forces. For example, global trade is becoming less driven by cost and efficiency and more by considerations of national security, supply-chain resilience, and sustainability,” the bank wrote in a report.

While speaking in an interview with CNBC in Davos, Switzerland, JPMorgan Chase CEO Jamie Dimon warned that “there’s a lot of underlying inflation, which won’t go away so quick.” He noted that the recent decline in inflation could be due to temporary factors, alluding to China’s lockdowns contributing to the sharp drop in crude oil prices.

That said, if the prevailing wisdom among central banks is that inflation has been vanquished and they choose to pause their quantitative-tightening campaigns, the United States could risk a 1970s-style financial crisis, says former Treasury Secretary Larry Summers.

“But relief must not become complacency. Inflation is down, but just as transitory factors elevated inflation earlier, transitory factors have contributed to the declines that we’ve seen in inflation, and as in many journeys, the last part of a journey is often the hardest,” he told CNBC. “The greatest tragedy in this moment would be if central banks were to lurch away from a focus on assuring price stability prematurely, and we were to have to fight this battle twice.”

In the 1970s, the U.S. economy suffered from stagflation, an economic landscape of high inflation, stagnating economic growth, and rising unemployment. This was caused by the exorbitant costs of the Vietnam War and former president Lyndon B. Johnson’s Great Society legislation.

Writing for the Brookings Institution this past summer, World Bank economists noted that the U.S. economy resembles the 1970s due to elevated inflation, sluggish growth, and supply shocks following extended monetary policy accommodation.

In the end, Jerome Powell will “keep at it,” despite misdiagnosing the 1970s-style inflation, says Patrick Rien, a portfolio manager at Euro Pacific Asset Management.

“We believe Powell will ‘keep at it.’ But we also believe he has misdiagnosed the 1970s inflation, and his policy prescription may exacerbate the inflation illness,” he wrote in a note. “Higher rates are expected to cure inflation, but higher rates may unexpectedly cause inflation. As rates rise, the government’s interest expense increases and, all else equal, the budget deficit widens. Unlike quantitative easing, this is actual ‘money printing.'”

According to the Federal Reserve Bank of Cleveland’s CPI Nowcast, the January annual inflation rate is seen dipping to 6.4 percent.