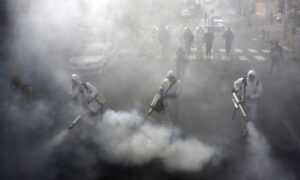 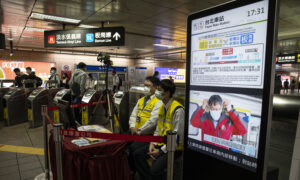 Taiwan Is the Geopolitical Winner in the Coronavirus Crisis
0 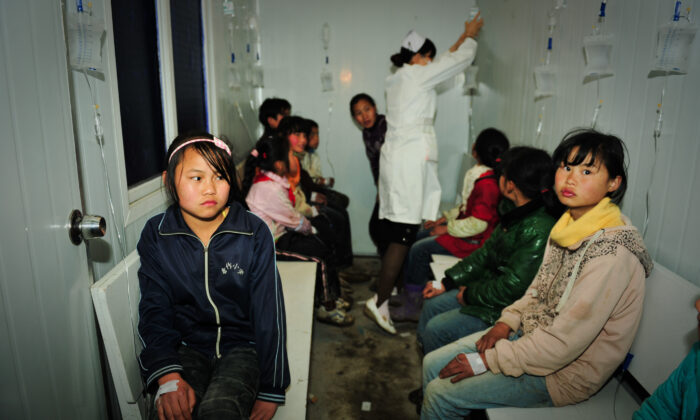 Students receive treatments at a local hospital in Zhijin County, Guizhou Province of China on March 29, 2012. (Getty Images)
INSIDE CHINA

209 senior students at a high school in the southwestern province of Guizhou have developed fever and diarrhea—typical symptoms of the CCP virus—since March 24. Government authorities later said that they fell ill after drinking contaminated water, but locals became worried that they may be infected with the virus.

Since the Lunar New Year holidays, all schools in China, from preschool to college, remained closed and did not reopen for the spring semester.

All students have been studying online since Feb. 10, the first day of the new semester in China.

But in recent weeks, as the Chinese regime pushed the narrative that the virus has been contained within China’s borders, some regions began easing restrictions.

The majority of schools in China have remained closed. Beijing’s municipal Education Commission clarified on March 11 that they have not yet set a date for schools in the city to reopen.

Jinping is a county within Qiandongnan prefecture of Guizhou.

On March 27, the Jinping county government announced that some seniors at Jinping High School started to develop fever, stomach aches, and diarrhea beginning on March 24.

As of 10 p.m. on March 26, 209 students were reported sick. 199 of them received hospital treatment. The other 10 stayed at the clinic inside the school.

Later in the day, the Jinping county government announced that the students were diagnosed with acute gastroenteritis (Escherichia Coli).

The county government claimed that the local water supplier stopped service on March 23. The school then used its own water resources to supply the school building. But the water was infected with Escherichia Coli and E. Coli, making the students sick.

However, Chinese netizens did not trust the government’s explanation.

On March 26, a document from the Qiandongnan prefecture command center, a newly set-up government department for responding to the CCP virus outbreak, was leaked online. Netizens then shared it widely.

The command center said it reviewed the Jinping high school students’ cases and designated it “a public safety and health incident.” The center instructed all schools in the prefecture to monitor students’ health conditions for the next two days.

The center also asked the director at each school to take responsibility should students get sick.

A normal public health incident would typically be handled by local health bureaus. The center is only in charge of virus-related issues. This document further fueled netizens’ concerns that the students could be infected with the CCP virus.

According to data from China’s National Health Commission, there has been no new virus infections in Guizhou province since Feb. 16.

But there were hints that the epidemic was more severe than authorities would admit.

On March 27, China’s Film Administration notified all cinemas in China to keep their doors closed.

Since March 17, some local governments have allowed cinemas to reopen. Chinese state-run newspaper The Paper reported on March 27 that 495 cinemas in the entire country had reopened by March 24, with Shanghai planning to reopen 205 cinemas on March 28. Now, all cinemas must close until central authorities notify them that they can reopen, according to the notice from the Film Administration.

Meanwhile, Chinese premier Li Keqiang gave a speech in Beijing on March 23, in which he warned against reporting false data.

At a meeting for the central government’s epidemic task force, Li said that he agreed with certain epidemiologists’ opinion that the virus “would not disappear suddenly as SARS (severe acute respiratory syndrome) did in 2003.”

Most regions in China reported zero new domestic infections in recent days. “Of course, this is what people want to see. But we must remember that statistics of the epidemic situation must be timely, true, and accurate. We cannot conceal cases in order to pursue zero infections,” Li said.