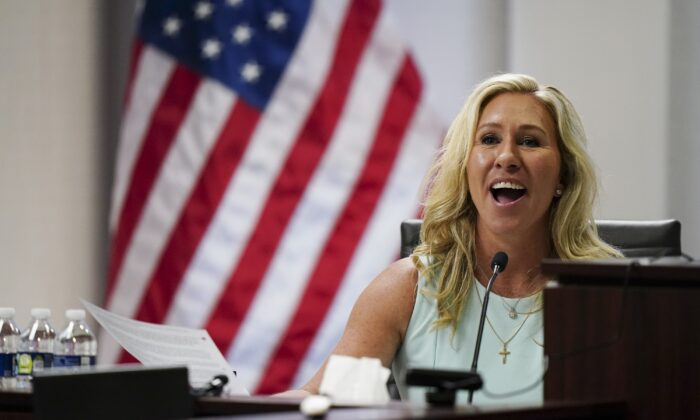 Some Celebrities Leave Twitter, Other Notables Return: What Investors Should Know Some

A large number of deactivations have happened on Twitter since the news that Musk was paying $54.20 or around $44 billion to acquire the social media platform.

An NBC News report said many large Twitter accounts saw a big drop in followers shortly after the acquisition was announced.

Twitter called the deactivations “organic” and said they were being looked at.

“While we continue to take action on accounts that violate our spam policy which can affect follower counts, these fluctuations appear to largely be a result of an increase in new account creation and deactivation,” Twitter said.

Former President Barack Obama lost over 300,000 followers on Twitter. Obama is the most followed account on the social media platform.

Singer Katy Perry, who is the third most followed person on Twitter, lost over 200,000 followers.

One of the first prominent people to leave Twitter after Musk’s purchase was announced was Henrik Fisker, the CEO of Fisker Inc..

Fisker is a previous Tesla employee and had a falling out with Musk that led to a lawsuit after his departure from the electric vehicle company.

Fisker announced his departure on Twitter and encouraged his followers to join him on other social media platforms.

“I do not want a competitor to determine how my followers experience Fisker as we grow our company,” Fisker wrote on his Instagram account.

Activist Shaun King was reported to have left Twitter after posting several messages criticizing the buyout by Musk. Donald Trump Jr. said the $44-billion price tag by Musk was worth it to get King to delete his account.

King replied that he didn’t leave the platform and continued his criticism of the purchase on Wednesday while also saying that Apple and Google will remove Twitter from their respective app stores if they don’t “moderate and remove hate speech under Elon Musk.”

Former wrestler Mick Foley told his 1.9 million followers on Twitter that he could be leaving the platform soon.

“I’ll be giving some serious thought to leaving @twitter for good in the near future. I do not have a good feeling about where this platform is heading,” Foley said.

Actress Yvette Nicole Brown told her followers that she wouldn’t be on Twitter much anymore after the Musk news.

“I won’t be on Twitter much anymore. It will be a wasteland remnant like my FB page. Still on IG,” Brown said.

“I fear this free speech bid is going to help this hell platform reach its final form of totally lawless hate, bigotry and misogyny. Best of luck,” Jamil tweeted.

Coming Back, Plan to Stay

Fox News hosts Tucker Carlson and Mark Levin were among the notable people to return to Twitter after the acquisition news from Musk.

Carlson was suspended from Twitter in March and rejoined the platform earlier this week.

Levin left Twitter in January 2021 “in protest against Twitter’s fascism,” according to USA Today.

“Thanks to new ownership, I’ve decided to come back!” Levin tweeted.

Rapper Azealia Banks was suspended in 2016 and 2020 over homophobic and transphobic tweets. Banks shared a screenshot of a new Twitter handle and appears to have rejoined the platform.

One account that gained followers this week was that of U.S. Rep. Marjorie Taylor Greene. The Georgia congresswoman had 539,000 followers prior to Monday’s acquisition announcement and saw her followers soar to 632,000 on Tuesday night.

Greene has been suspended by Twitter before, with the most recent related to COVID-19 misinformation that violated Twitter’s terms of use. Green’s personal account remains suspended.

Many right-wing accounts saw an increase in followers, including Brazilian President Jair Bolsonaro, who gained over 90,000 followers in a 24-hour span after the acquisition was announced.

“It really is something how conservative accounts are getting massive follower increases today,” U.S. Rep. Matt Gaetz tweeted.

Trump recently said he wouldn’t join Twitter if invited back, instead choosing his own Truth Social platform, which is part of Trump Media & Technology Group, a company going public via SPAC merger with Digital World Acquisition Corp..

“Should this place become more toxic, I pledge to strive even harder to lift up reason, science, compassion and the rule of law. The struggle against fascism, misinformation, and hate requires tough fighters. I hope you stay in the fight, right beside me,” Takei tweeted.