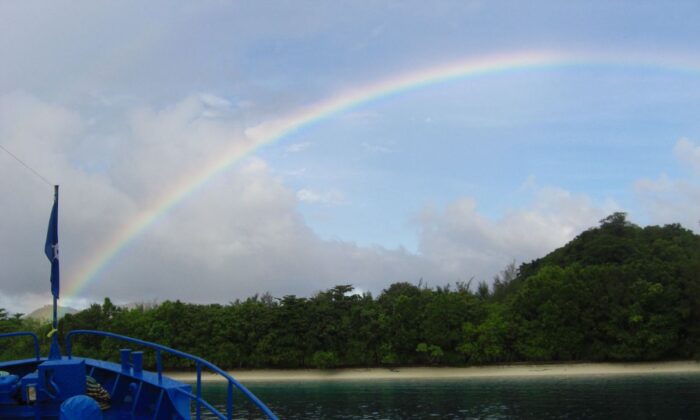 The Solomon Islands government says a contract signed by one of its provinces to lease the entire island of Tulagi to a Chinese company is unlawful and should be terminated.

Details of the controversial long-term lease between Solomons’ Central Province and China Sam Enterprise Group were made public shortly after the Pacific nation switched diplomatic ties from Taiwan to Beijing in September, which sparked a strong rebuke from the United States.

Headquartered in Beijing, Sam Group is a technology, investment and energy conglomerate founded in 1985 as a state-owned enterprise.

Solomons Attorney General John Muria said the province and Chinese company were not legally able to strike such an agreement without government involvement.

“The agreement was not vetted by the Attorney General’s chambers before signing,” Muria said in a statement issued on Thursday.

The agreement was “unlawful, unenforceable and must be terminated with immediate effect,” Muria said.

China has in recent years expanded its financial and political influence in the Pacific, which had until then been a diplomatic stronghold for the United States and its regional allies since World War Two.

In a setback for self-ruled and democratic Taiwan, which China claims as a province with no right to state-to-state ties, Beijing won over two previous Taiwanese allies in the Pacific—the Solomon Islands and Kiribati—in September.

Tulagi is a significant island that hosted American bases in World War Two and is where Solomons’ former capital city was located before being moved to the island of Guadalcanal.

A signatory to the agreement, Central Province Premier Stanley Manetiva, did not immediately respond to questions on Oct. 25.

In a statement on its website, Sam Group said its representatives had met Solomons Prime Minister Manasseh Sogavare in early October during a state visit to China by a delegation from the Pacific island nation.

China’s interests in Solomons have sparked criticism from Taiwan and the United States, which allege that Beijing will saddle the island nation with unsustainable debt.

Yao Ming, deputy chief of mission at China’s embassy in Papua New Guinea, said at a briefing in the Solomons capital of Honiara on Wednesday that it will build some infrastructure, including a sports stadium, as a “state gift.”

Yao said the United States and Britain were historically responsible for putting countries into financial distress.

“China is not a country to make so-called debt traps,” Yao told local journalists, according to a recording of the briefing obtained by Reuters.

“You can see which country has been embroiled in debt traps … not China but [the] United States and Britain.”

Though tiny in landmass, Pacific islands have re-emerged as a strategic priority for the world’s biggest nations, keen to lock-in alliances with countries that control vast swaths of resource-rich ocean that form a formidable boundary between the Americas and Asia.

Australia, a strong regional ally to the United States, has previously limited Huawei’s expansion in the archipelago.

In 2018, Australia agreed to fund the construction of an undersea cable to bring high-speed internet access to the island nation, undercutting a commercial deal between Solomons and Huawei, over fears the Chinese-laid cables would jeopardize Australia’s own networks.

Huawei has repeatedly denied its equipment provides an opportunity for foreign espionage.