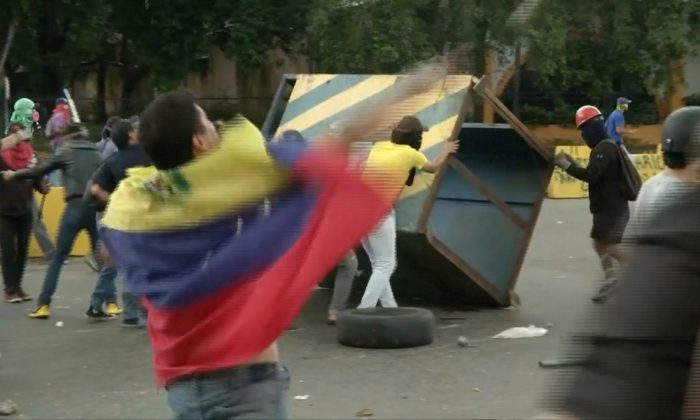 Venezuelan soldiers battled activists in the streets of Valencia on Sunday (August 6), hours after authorities suppressed a small rebellion at a nearby military base and arrested seven men who they say participated in a “terrorist attack” against the government of unpopular President Nicolas Maduro.

Earlier on Sunday a video circulated on social media showing a group of men in military uniform announcing an uprising in the wake of the creation of a pro-government legislative superbody on Friday, which was widely condemned as a power grab. Some of the alleged plotters got away with weapons stolen from the base, and state security forces were “intensely” searching for them, the defense ministry said in a statement.

Hundreds took to the streets in Valencia to support the uprising, said resident Carolina Herrera, who like other witnesses reported shots through the night.

But hooded protesters had been largely dispelled with tear gas by midday on Sunday, and the rest of the South American country of 30 million appeared to be calm.

Still, the episode highlights how volatile Venezuela is after four months of sustained anti-government protests over what the opposition calls the country’s slide into a dictatorship.