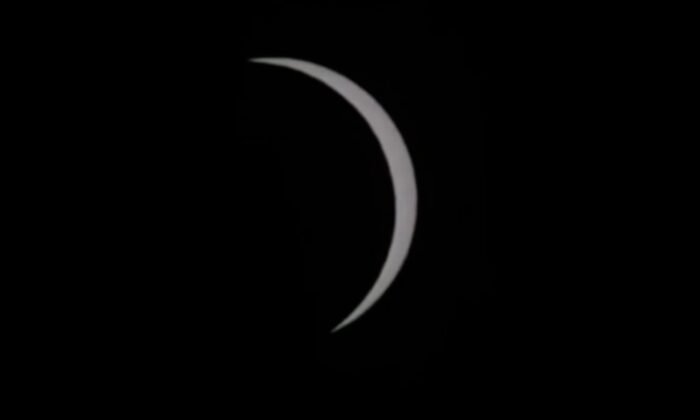 Video released by NASA showed a total solar eclipse as seen from Western Antarctica on Saturday.

The earth’s southernmost continent experiences continual daylight from mid-October until early April, but the eclipse brought a few minutes of total darkness.

A solar eclipse occurs when the Moon moves between the Sun and Earth, casting a shadow on Earth, fully or partially blocking the Sun’s light in some areas.

For a total eclipse to take place the Sun, Moon, and Earth must be in a direct line. The only place that this total eclipse could be seen was Antarctica.

The eclipse will be visible partially from South Africa, Chile, New Zealand, and Australia on Dec. 4.