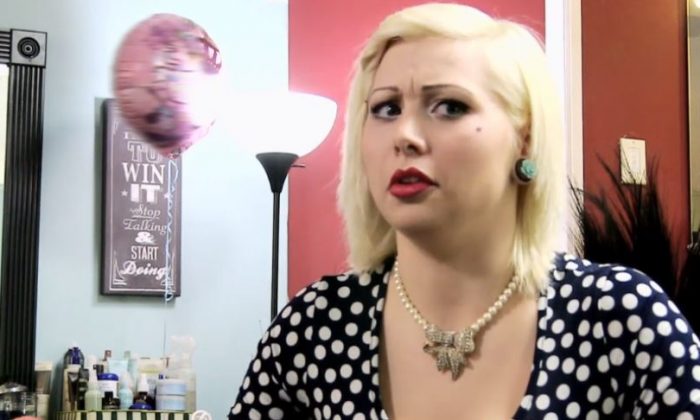 Solana & Elijah are the latest couple to be explored in the hit MTV show “Catfish.”

Solana claims that although she has been communicating with Elijah for over five years, she has only spoken to him on the phone once and has never chatted with him over webcam or another face-to-face service.

She also says that he told her that he doesn’t have a cell phone.

Solana trusted Elijah after they met online and they become girlfriend and boyfriend. But he suddenly deleted all his accounts one day, and she didn’t hear from him until two years later.

He claims that his mother locked him down from Facebook and other social media services.

Solana lives in Delaware while Elijah lives in Minnesota.

Some fans didn’t understand how Solana hadn’t figured out that Elijah has a webcam.

“Elijah Prok is on Youtube, and talks about his ‘new webcam’ that is so much ‘better than his old one,’ in videos posted in 2011. I found this in 2 minutes. How could she not know?? Ugh, this show could be so interesting if it weren’t so obviously fake. :/,” said one.

“After being very interesting in the story, I found myself doing my own research. It’s weird because a webpage popped up with the real Elijah stating that he would be more than happy to Skype or Webcam anyone who questioned if he was real, due to the amount of fakes already on the website. This goes to show that the Elijah she reconnected with is most likely fake. Although there are a lot of sketchy details in the story, i’m still holding onto the theory of her perhaps communicating with the real Elijah in the past and reconnecting with a fake in the future,” observed another.

Check out a sneak peek from the episode via MTV and some photos of the pair.