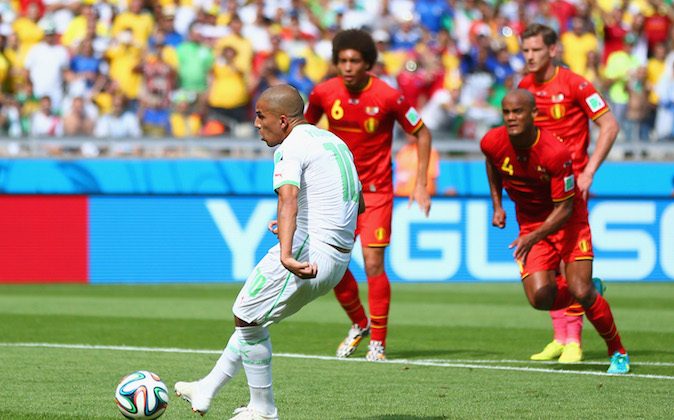 Sofiane Feghouli has scored a penalty for Algeria following a Jan Vertonghen foul.

The Belgium defender got a yellow card for a bad foul.