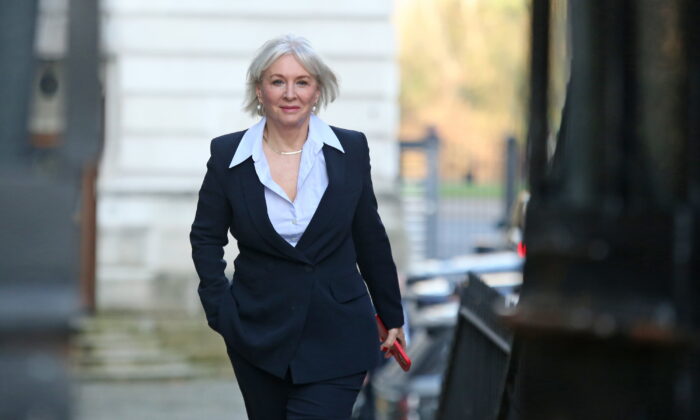 A plan to thwart Twitter and Facebook from indiscriminately removing hiding articles when shared on social media platforms without proper recourse has been added to the Online Safety Bill, the government has announced.

On Thursday, the government said the move would offer an extra layer of protection for online journalism.

Under the amendment, the biggest platforms will have to notify news publishers and offer them a right of appeal before removing or moderating their content or taking action against their accounts, with articles remaining viewable and accessible even if they are under review.

The government said that news content has been removed or made less visible by social media moderators or algorithms for unclear reasons, often at the height of news cycles.

For example, last year Youtube suddenly removed TalkRadio’s channel then reinstated it 12 hours later, admitting the move had been a mistake.

Last year, YouTube reinstated TalkRadio’s channel after an outcry, which was suspended over a potential violation of the tech giant’s ban on content that explicitly contradicts “expert consensus from local health authorities.”

The Bill currently would not stop platforms from removing news publishers’ content or making it less visible if they decided to review it for potential breaches of their terms and conditions, even if they eventually found no fault with it.

Under the new amendment, the largest and most popular social media platforms will now be required to ensure “recognised news publishers’ articles remain viewable and accessible on their sites even if they are under review by moderators.”

They will be required to notify news publishers and offer them a right of appeal before removing or moderating their content or taking any action against their accounts.

This will reduce the risk of platforms taking arbitrary or accidental moderation decisions against news publisher content, it said.  This means that instead of being informed that their article has been taken down, news publishers will be told in advance that it will.

“Yet we’ve seen tech firms arbitrarily remove legitimate journalism with a complete lack of transparency and this could seriously impact public discourse. These extra protections will stop that from happening,” she added.

The government added that “sanctioned news outlets will not benefit from these protections.”

“Ministers intend to amend the criteria for determining which organisations qualify as recognised news publishers to explicitly exclude organisations that are subject to sanctions,” it wrote.