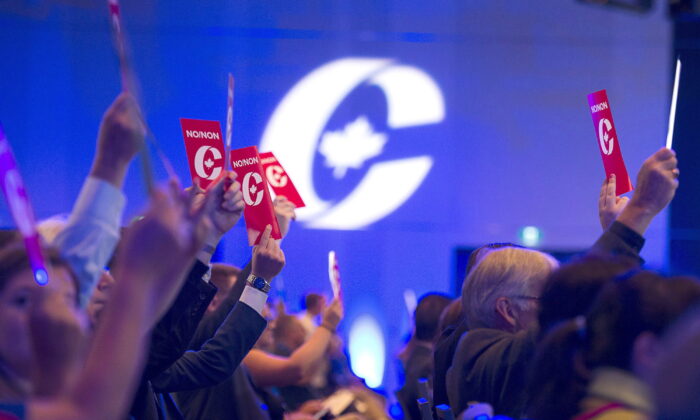 As the Conservative Party leadership race takes shape, social conservative groups are mobilizing to rally like-minded Canadians to buy memberships and to help to promote conservative social and economic policies such as those around family, conscience, individual rights and responsibilities, and fiscal accountability.

Abortion and assisted suicide are among the issues of conscience that concern social conservatives. Scott Hayward, co-founder of pro-life group RightNow, told The Epoch Times that the percentage of Canadians who hold pro-life views on specific policy questions has grown across the country and within the Conservative Party.

“We’ll be contacting the various candidates as they present themselves and they meet the criteria to be on the ballot, to find out where they stand on pro-life issues and what they’re willing to offer pro-lifers in terms of policy,” he said.

“And, of course, we’ll be making a recommendation to our supporters as to how they should fill out their ballots.”

Canada Family Action, an organization that works to encourage members of faith communities to engage in the processes of politics and cvil government, hosts a monthly online “national leadership briefing” to highlight issues and offer strategies for impact.

Since March 9, the group has been posting a daily countdown to June 3, the last day someone can buy a Conservative Party membership and be eligible to vote for the new leader.

Hayward said he coordinates with counterparts from over a dozen organizations to increase pro-life representation in the Conservative Party membership and, ultimately, the party leadership.

“We meet regularly once a week for a standing meeting to keep each other accountable for this leadership, best practices, and things that we are doing to sell memberships and ensure that pro-lifers are well represented,” he said.

Due in part to the efforts of RightNow, pro-life candidates ranked highly in the 2017 Conservative Party leadership race, including Brad Trost (4th), Kellie Leitch (6th), Pierre Lemieux (7th), and the winner Andrew Scheer. In the 2020 race, pro-life candidate Leslyn Lewis had the most votes in Round 2 at 60,316, but fell off the ballot because the points system on preferential ballots favoured Peter MacKay and eventual winner Erin O’Toole.

One way social conservatives determine whom to support is by checking the history of how the different candidates have voted on conscience issues.

Canada Family Action regarded Bill C-4, the legislation to ban conversion therapy, as a threat to the group’s four pillars. In the previous Parliament, many Conservative MPs expressed reservations or voted against the Liberals’ attempts to pass the bill. In December 2021, however, in the current Parliament, the party did an about-face and introduced motions in both the House of Commons and Senate to pass the legislation immediately without amendment.

“Our parliamentarians completely surprised us and shocked us when they rammed it through … without any consultation from Canadians at all,” Sharpe said in the March briefing.

In response to the motions, Sharpe launched an initiative to exercise “maximum pressure” on the federal government, where Canada Family Action supporters phoned their MPs to express their displeasure.

“In great part, because of the maximum pressure that you exerted on your local members of Parliament, [it] created the opportunity for us now to help select the new leader of [the Conservative] Party,” he said.

Despite their substantial clout, it’s unclear how social conservative voters would rank their ballot given the interest and concerns many have on a broader set of issues, such as fiscal policy.

Political science professors interviewed by The Epoch Times said social conservative members also care about other issues and may vote strategically, depending on who the frontrunners of the race are in the lead-up to the Sept. 10 voting deadline.

Geoffrey Hale of the University of Lethbridge said it’s “hard to say at this point” which candidate might get the most social conservative votes. “Social conservatives come in a variety of shapes and sizes,” he said.

Don Desserud of the University of Prince Edward Island said Pierre Poilievre “could have a problem” for his non-social conservative stances, although not necessarily.

“The person who has the clearest vision for the party and is not going to make arguments that say we have to dampen down our principles [will win]. The moderates will back down before the extremists will back down,” he said.

“People who are thinking that having a moderate like Jean Charest, who has a broader-based appeal in the regular voting population and therefore should be the next leader—that argument is not going anywhere in that party. That’s my prediction.”

Nelson Wiseman of the University of Toronto said party members must choose their priorities.