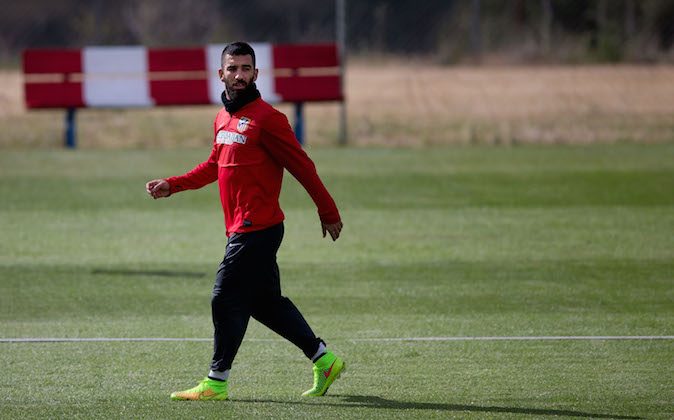 Real Madrid could move for Ramires, Barcelona are ready to move for Arda Turan, and Inter Milan are keeping tabs on Hatem Ben Arfa.

Ancelotti originally signed the 27-year-old midfielder for Chelsea in 2010, but given the essential role he plays in Jose Mourinho’s side, it seems unlikely that Ramires will be leaving Stamford Bridge.

The 27-year-old Turkish international has had a stellar season for Atletico Madrid, and played a key role in Diego Simeone’s side on-route to a La Liga win and Champions League final runner-up place.

New Barca manager Luis Enrique, who is looking to rebuild a side that finished the 2013-2014 season poorly, is also said to be interested in signing Turan’s squad mate Koke.

The Italian giants originally were interested in Blackpool’s Tom Ince, but the England youngster is supposedly uninterested in a move.

Ben Arfa, on the other hand, appears to have fallen out of favor with manager Alan Pardew last season, and could be keen to seek a move.

The 27-year-old Frenchman has notched 14 goals and 18 assists in 86 appearances for Newscastle thus far.