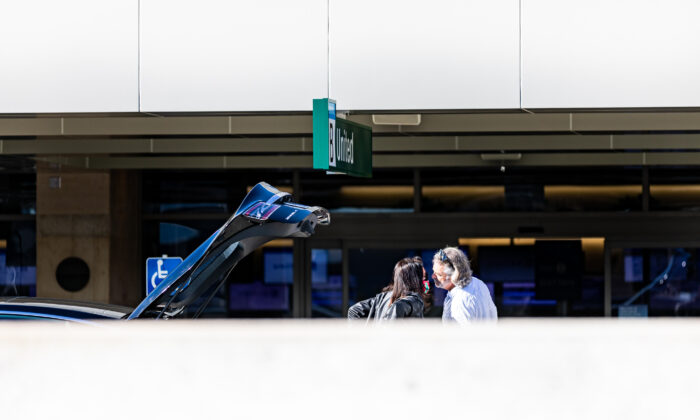 “We’ve seen travel increasing since the holidays,” a spokesperson for the John Wayne Airport told The Epoch Times. “There was obviously an increase in travel not only for Christmas and Thanksgiving, but then again for spring break, and we’re anticipating that … over the summer as well.”

The increase in passenger trafficking impacts parking availability, the spokesperson said, advising travelers to arrive two hours early to get through the TSA security checkpoint in time for takeoff.

Also, travelers are no longer required to wear masks after a federal judge struck down the Centers for Disease Control and Prevention’s mask mandate for airplane passengers last month.

“People have said they appreciate having the choice to wear a mask or not,” the spokesperson said.

The top three airlines that served the most passengers among the nearly one million travelers were Southwest Airlines, American Airlines, and United Airlines.

The airport recorded a 50 percent increase in commercial and commuter flights between March 2021 and March 2022—totaling over 8,000 aircraft operations.

As summer draws near, the airport’s officials said they are “ready for the increase in travel and looking forward to seeing how [the season] rolls out.”

Los Angeles International Airport (LAX), the largest airport in California, also sees a major jump in the number of travelers.

For the first time since the COVID-19 pandemic, the LAX recorded over 1 million international passengers passing through its terminals in March 2022—more than a 206 percent increase from the previous year.

Meanwhile, the total number of passengers—both domestic and international—topped 5 million during the same period.

“As the world reopens to air travel, LAX is welcoming back international airlines and nonstop service to destinations around the globe,” Justin Erbacci, CEO of Los Angeles World Airports, said in a statement.