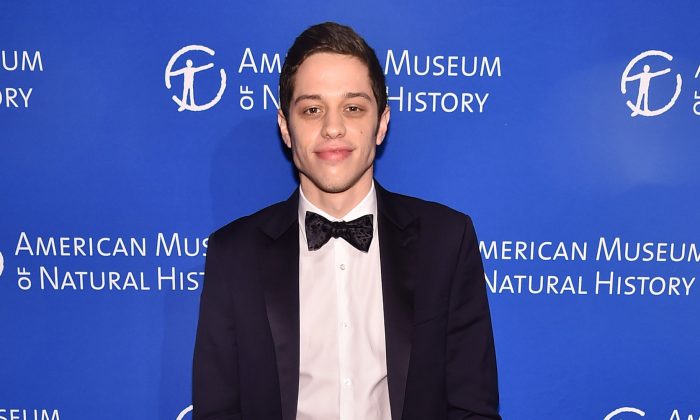 “Saturday Night Live” star Pete Davidson was visited by New York police officers on Saturday, Dec. 15, after he made a disturbing Instagram post over the weekend.

The post reportedly said, “I really don’t want to be on this earth anymore. I’m doing my best to stay here for you but I actually don’t know how much longer I can last. All I’ve ever tried to do was help people. Just remember I told you so.”

Fans showed their concern and support for the comedian online after his apparently suicidal post. His ex-fiance Ariana Grande announced she was going to visit him at the show’s studio at 30 Rockefeller Plaza in New York City.

“I’m downstairs and I’m not going anywhere if you need anyone or anything,” the singer wrote in a now-deleted tweet. “I know u have everyone u need and that’s not me, but i’m here too.”

However, sources told media outlets that Davidson refused to see Grande. When the singer came to the studio, she was stopped by security, and Davidson never came out to greet her, TMZ reported.

The couple ended their engagement in October after four months, according to Insider. They first met in 2014, but didn’t start dating until May 2018.

Grande and Davidson both ended long-term relationships before they became a couple. Grande was dating rapper Mac Miller for around two years before they broke up earlier this year.

Miller had struggled with substance abuse for some time before dying of a drug overdose in September.

The Los Angeles County Coroner’s Office’s toxicology findings said he died of “mixed drug toxicity” of fentanyl—a powerful synthetic opioid blamed for a rampant increase in drug overdoses in the United States over the past several years—and cocaine. The office said alcohol also contributed to his death.

Grande wrote a tribute to the rapper on Instagram, saying, “I adored you from the day I met you when I was nineteen and I always will. I can’t believe you aren’t here anymore. … I’m so sorry I couldn’t fix or take your pain away. I really wanted to.”

Davidson had also been in a two-year relationship prior to dating Grande with Cazzie David, comedian Larry David’s daughter.

David is the executive producer and director of television mini-series “Eighty Sixed,” and is said to be co-writing a comedy series for Amazon, according to The Hollywood Reporter.

Davidson later covered up a tattoo of his former girlfriend on his arm.

The “SNL” comedian has admitted to suffering from borderline personality disorder. He wrote in another December Instagram post that he’s “being suicidal publicly only in the hopes that it will help bring awareness and help kids like myself who don’t want to be on this earth.

“No matter how hard the internet or anyone tries to make me kill myself. I won’t. I’m upset I even have to say this.”