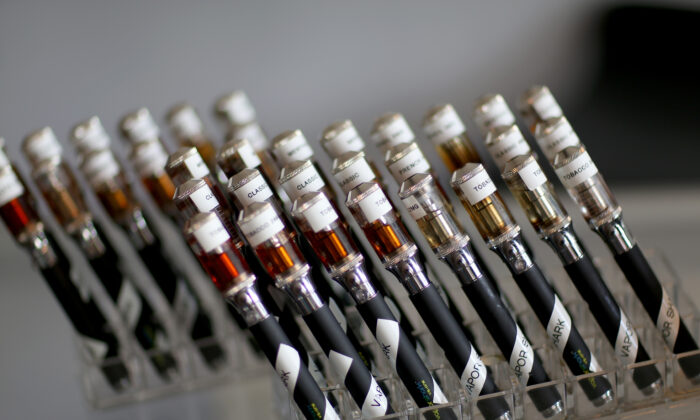 Individuals who reported smoking or vaping tobacco prior to COVID-19 hospitalization had a far likely higher chance of suffering severe complications as compared with nonsmokers, a recent study has found.

Researchers, who published their peer-reviewed findings in PLOS One, said they examined data on adults aged 18 and older who were hospitalized with COVID-19 in 107 hospitals across the United States from January 2020 to March 2021. Those who were identified as smokers reported their status to the hospital, and people were categorized as smokers if they smoked cigarettes or vaped with e-cigarettes.

Records were found for 4,086 people who smoked and for 1,362 people who didn’t smoke, researchers said. They noted that there was no information about the duration of smoking or former smoking status.

“The study findings indicate smoking or vaping are associated with more severe COVID-19 independent of age, sex, race or medical history,” said a news release on a study published on Tuesday.

“Although the excessive risk due to smoking was independent of medical history and medication use,” the news release said, “smoking was a stronger risk factor for death in people between 18-59 years of age and those who were white or had obesity.”

Furthermore, smoking was associated with a greater risk factor for death in individuals aged 18 to 59 and among those who were white or obese, the study found.

“In general, people who smoke or vape tend to have a higher prevalence of other health conditions and risk factors that could play a role in how they are impacted by COVID-19,” said the study’s senior author, Aruni Bhatnagar with the University of Louisville.

Bhatnagar suggested that anti-smoking campaigns around COVID-19 should be initiated because there is a “robust and significant increase in the risk of severe COVID-19″ after the study’s findings were released.

“These findings provide the clearest evidence to date that people who smoke or vape have a higher risk of developing severe COVID-19 and dying as a result of SARS-CoV-2 infection,” Bhatnagar also said, referring to another name for the CCP (Chinese Communist Party) virus.

While there have been few studies published on smoking and COVID-19, the head of the federal National Institute on Drug Abuse said early on in the pandemic that people who vape nicotine or THC, the active ingredient in marijuana, are at a higher risk of virus-related complications.