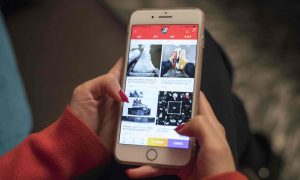 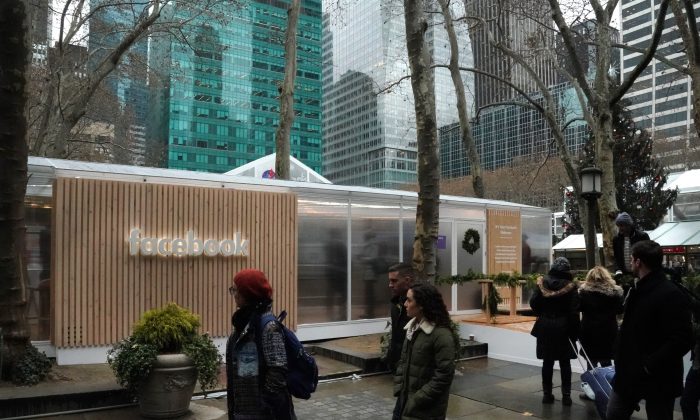 People walk by as the social network Facebook opens a pop-up kiosk for one day in Bryant Park in New York, Dec. 13, 2018, where it fields questions about its data-sharing practices and teach users how to understand its new privacy controls. (TIMOTHY A. CLARY/AFP/Getty Images)
Viewpoints

This article, as well as others that report on the Apple versus Facebook feud, failed to note that nearly 100 percent of apps that run on Apple iPhones and smartphones supported by the Android operating system (OS) are simply legal malware programmed to enable the app developer to monitor, track, and data-mine the app user for financial gain.

The fact that Facebook may have violated Apple’s data-collection policy is irrelevant, since nearly all smartphone apps can be classified as intrusive surveillance and data-mining technology in the first place.

Apple would lead you to believe that Facebook is the foe, yet Apple has sold access to its users to Facebook, by allowing Facebook to pay Apple a lot of money to have the Facebook app pre-installed into Apple devices such as the iPhone.

For the most part, app users have no idea that the apps enable Facebook and Amazon to monitor, track, and data-mine all of the users’ spatial data (e.g. location data) and sensitive user data (their “digital DNA”), even when they aren’t using the apps.

The Facebook and Amazon application legalese that supports the apps enables this.

For example, permission to access device hardware, such as the camera and microphone, allows Facebook and Amazon to conduct audio and video surveillance of the Apple iPhone and Android OS-supported smartphone users without the users’ consent, which is why people see ads sent to them on their smartphones relating to verbal conversations they have had.

Below is a list of application permission statements associated with pre-installed and third-party Apple and Android apps.

Android Contacts App Permission Statement: “Allows the app to read data about your contacts stored on your phone, including the frequency with which you’ve called, emailed or communicated in other ways with specific individuals. This permission allows apps to save your contact data, and malicious apps may share contact data without your knowledge.”

Pre-installed and third-party Apple apps are no less intrusive. Apple seems to be misleading people with regard to the privacy associated with Apple iPhones.

Any time an Apple iPhone user activates a pre-installed Apple app, the user enables the app developer to surveil and data-mine their personal and professional digital DNA for financial gain, as noted in No. 14 in the Apple terms of use regarding the Apple licensing agreement.

14. Third Party Acknowledgements: “Portions of the iOS Software may utilize or include third-party software and other copyrighted material. Acknowledgments, licensing terms and disclaimers for such material are contained in the electronic documentation for the iOS Software, and your use of such material is governed by their respective terms. Use of the Google Safe Browsing Service is subject to the Google Terms of Service … and to Google’s Privacy Policy.”

Below are master Android application permissions associated with Facebook and Amazon apps.

Contacts—Find accounts on the device; read your contacts.

The sheer amount of personal and professional digital DNA collected by app developers, such as Facebook and Amazon, is astonishing, to say the least, especially considering each company can collect and use information not associated with the specific use of their products and services.

The privacy and cyber-security threats posed by Facebook and Amazon apps are systemic to nearly all pre-installed and third-party Android and Apple apps.

Even DNA apps developed by companies such as 23andMe enable the developer to surveil and data-mine the user’s digital DNA every minute of the day, whether the user is using 23andMe products or not.

23andMe not only collects the service user’s DNA but also, via the app, his or her photos, media, files, and other information from external storage devices connected to the smartphone, which include PCs and USB devices.

23andMe also conducts audio and video surveillance on the smartphone user by way of the camera and microphone.

The 23andMe product users may read their DNA results once or twice, but 23andMe continues to surveil and data-mine product users long after the users are done reading their results.

You may use an app one time, yet that app developer will continue to surveil and data-mine you indefinitely. Be sure to disable unwanted pre-installed apps and uninstall any third-party apps you no longer use.

In closing, note that not all pre-installed apps can be controlled, which means at some level, as many as 15 or more multinational companies are enabled to simultaneously monitor, track, and data-mine you for financial gain, depending on the operating system of your smartphone or device.