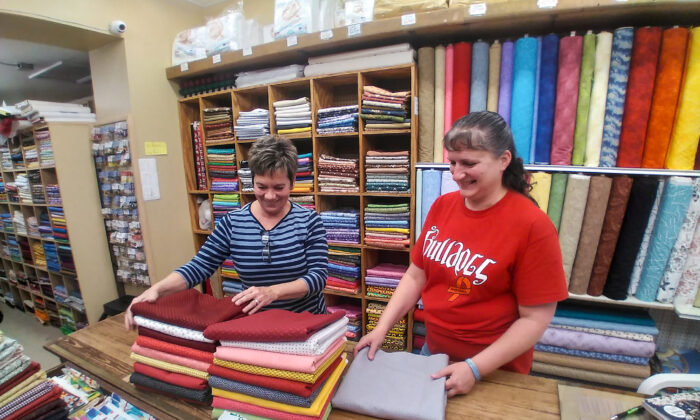 Small business owners across the United States are struggling with losses, with overall profits slightly declining from July 2021 and July 2022, according to Kabbage from American Express’s Small Business Recovery Report.

Battling supply chain shortages, rising prices, and pandemic-related lockdowns, small business owners have barely been managing to survive in the last two and a half years.

“The small business economy is still recovering from the pandemic while inflation continues to be a serious problem for owners across the nation,” said NFIB Chief Economist Bill Dunkelberg.

The Sept. 14  Kabbage survey, which uses AMEX data, follows recovery trends and the growth outlook of small businesses throughout the United States.

The majority of small business owners reported that inflationary pressures were putting them on the financial edge and that they expect to see high prices through the middle of next year.

“The data shows small businesses continue to anticipate future economic obstacles as 75% of respondents report feeling impacted by inflationary pressures and 56% expect pressures to last at least a year until summer 2023,” said Brett Sussman, vice president head of sales and marketing for Kabbage from American Express.

However, at least 80 percent of them told surveyors that they were still confident they could withstand a recession.

“While revenue is up, the data also revealed that overall profits among those surveyed have slightly declined 4% over the same time period,” noted Sussman.

Local businesses that survived the pandemic into July 2021 reported an average 87 percent increase in earnings from over the twelve month period through July of this year.

But since the start of 2022, rising inflation, high borrowing rates, and a tight labor market, have forced many businesses to rapidly adapt in one of the toughest economies in decades.

“U.S. small businesses are adjusting to not only survive but flourish during challenging economic times,” reported Sussman.

“Inflationary pressure and challenges with hiring and retaining talent, among other factors, are driving small businesses to fine-tune their business practices.”

More than 37 percent of surveyed business owners have been raising prices, with 22 percent making new bargains with key suppliers to lower costs.

At least 33 percent said they were cultivating relationships in their local communities to build up their loyal customer base.

Sussman told FOX Business that many respondents found a “greater sense of resilience and preparedness to be successful in the future despite economic turbulence” after the pandemic struck.

“It’s often said that necessity is the mother of invention. For small business owners, the pandemic was really the mother of reinvention,” he said.

Sussman said that many entrepreneurs were able to refocus their businesses on online sales during the pandemic.

At least 47 percent of respondents expect that an expanded online social media presence will enable them to find and acquire new customers.

The more successful businesses noted that they were able to polish up their unique brands and invest in better digital marketing tools utilizing improved techniques to reach out to their local communities.

He said that although a partial transition to online sales and marketing kept many afloat, it did not hide the fact that they were still vulnerable to inflation.

At least 47 percent of small business owners reported that inflation was impacting their payrolls, forcing them to provide more health care, benefits, and regular pay raises for their employees.

Small businesses said that hiring and retaining talent in a tight market was the second greatest challenge since the pandemic after inflation.

It is hard enough to find the “right talent for these small business owners, so the last thing they want to do is lose some of their existing talent,” Sussman told FOX Business.

Many independent businesses are now offering alternative workplace options, with 49 percent giving their staffs the choice to work from a hybrid or remote work environment.

New workplace flexibility has apparently made a positive impact on small businesses’ ability to retain or recruit new talent, with 77 percent of owners reporting favorably.

Meanwhile, in a separate small business report from Verizon, 56 percent of small businesses said they believe that things will be better a year from now, an improvement from 2021, with inflation also the big issue.