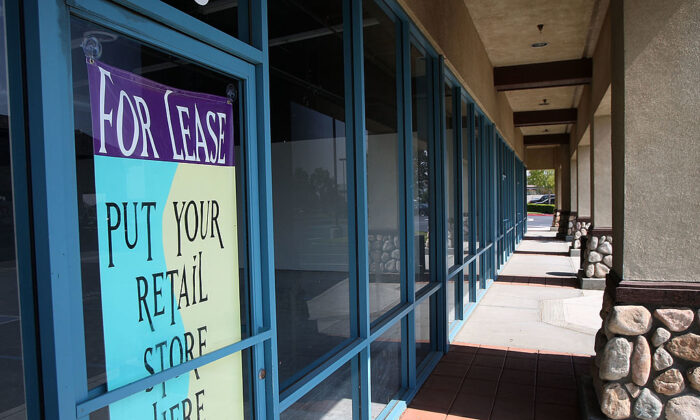 Steve Thompson is one of California’s many small-business owners struggling with a state law restricting freelance work that went into effect on Jan. 1.

His company, Aspen Risk Management Group, has joined 11 other companies in a lobbying effort against the law, Assembly Bill 5 (AB 5). The law essentially prohibits work on a freelance basis, with some exceptions.

Thompson works with freelance inspectors who assess his clients’ businesses; he uses their reports to advise clients on risk management. His competitors similarly rely on these contract workers.

“Either you don’t use those people anymore, period, or you bring them on as employees; and that’s unlikely for many of these firms,” Thompson said. “If you hire them, you’re looking at a 30 percent increase in cost, minimum. And, of course, our clients are not willing to pay that additional cost.”

“You’re taking on a whole new set of risks by making these guys employees. And, lastly, how many of these guys do you think want to be employees? They’re independent,” he said. “You can count them out.”

He knows of one company that closed up shop and moved out of state after trying for a few months to figure out how to comply with the law. The owner decided “it just wasn’t worth it,” Thompson said.

The law is intended to protect freelancers, or contract workers, to make sure they receive the benefits of being employees. Those include, for example, minimum wage protection as well as Medicare and Social Security contributions.

The idea is that some companies are short-changing their workers by classifying them as “contractors,” instead of hiring them as employees.

But many freelancers prefer the freedom of contract work. Many of them are single parents, semi-retired professionals, or entrepreneurs looking for flexibility in their work. These people, along with the many small businesses that depend on contractors and don’t have a big staffing budget, will be the most affected, said National Federation of Independent Business (NFIB) California state Director John Kabateck.

“We view this law as a complete and utter disaster for small businesses and entrepreneurs who are seeking the independence and freedom to be able to survive and provide for themselves and their families,” Kabateck said. “It’s such a mess.”

He thinks California legislators haven’t yet begun to realize the magnitude of the “Pandora’s box” they’ve opened. With similar bills being considered in other states, including New York and New Jersey, California’s experience may be a taste of what’s to come elsewhere.

AB 5 was authored by State Assemblywoman Lorena Gonzalez (D-San Diego), a former labor leader. The law codifies a 2018 ruling by the California Supreme Court that said workers misclassified as independent contractors lose their rights, such as minimum wage protection.

The ruling stemmed from a lawsuit against Dynamex, a delivery company. Some drivers for Uber and Lyft also have complained about being misclassified.

“The impetus behind this bill reaches far beyond the fight with Uber and Lyft,” Kabateck said. “This allows labor-friendly legislators—of which there are many—to open the door to decimating Main Street and forcing those employees to join labor unions.”

He said the new law will incentivize “plaintiff lawyers” eager to sue mom-and-pop businesses and semi-retired contractors over violations. It will create “a whole slew of lawsuits and HR nightmares,” he said.

“California small businesses already pay three times more to comply with taxes than larger businesses. We already have the highest statewide sales, income, and gas taxes in the nation,” he said. “This directly smacks small businesses.”

“We have a lot of members who are extraordinarily and extremely confused over whether or not they are covered under AB 5, and if they are, then what must they do to comply.”

Brian Morales, owner of Pro-Cal Lighting in San Diego County, serves on the National Small Business Association (NSBA) board. He said many employers fear that if their workers aren’t categorized correctly they could be hit with hefty fines and penalties, or have to back-pay taxes for contractors who are later classified as employees.

In his own business, he let go of two accounting contractors. He said he’ll now have to get his accounting services from a larger, more expensive accounting firm, which he doesn’t expect will provide the same quality of service or flexibility.

He was sad to let his contractors go. “We had a good relationship,” he said.

Morales said AB 5 is going to hurt semi-retired people who work out of their homes.

Small Business California President Scott Hauge also spoke of employers’ fears. “The big fear of a lot of businesses is litigation,” he said.

They’re afraid that “if they don’t have all their i’s dotted and t’s crossed,” and mistakenly classify someone as a contractor who should be an employee, they could end up with a lawsuit, Hauge said.

He believes the legislation has essentially changed the definition of what constitutes a business in California.

“Labor unions believe that everyone is an employee, so start from that base,” he said.

Hauge agrees with other small business groups that AB 5 has “picked winners and losers” by exempting certain businesses—including Cal Insurance, a San Francisco-based insurance brokerage firm that he once ran—while heavily regulating others.

AB 5 doesn’t clearly spell out the rules for small businesses, he said, creating mass confusion and a lot of questions. For example, what exactly must an independent contractor who wants to start a registered business do to comply with the new law?

“If you have [more than one] customer, is that good enough? Or what do you have to do? It’s not clear to me,” Hauge said.

Dr. Gad Allon, an expert at the Wharton School at the University of Pennsylvania on the so-called “gig economy,” said the new law is a case of government overstepping its boundaries.

“Absolutely, it’s overreach,” Allon said. He has estimated that the gig economy will grow to about $2.7 trillion by 2025.

“What we see from the unions and people who can’t deal with the old models of employment is a little bit reactionary,” Allon said. They want to maintain control over labor, and the growth of the gig economy takes that control away.

“It’s progress, but there are elements that need to be controlled,” such as Uber and Lyft drivers being on the road for 16 to 20 hours at a time, he said. On the other hand, these companies fill a need for faster, cheaper, more convenient local transportation.

While neither system is perfect, like it or not, the gig economy is here to stay, and attempts to prevent progress or change, through legislation, will likely fail in the long run, he said.

“It’s not just that they are slowing down progress,” Allon said. “Everyone will be hurt by an [economic] slowdown.”