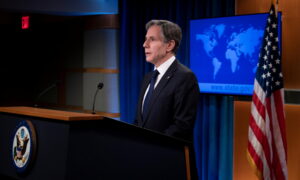 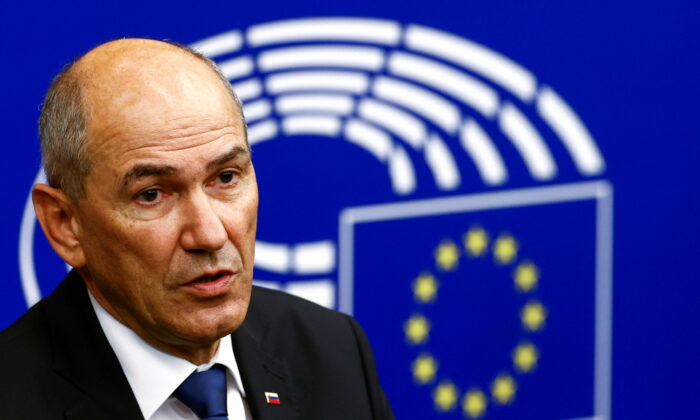 BRUSSELS—The European Union must stand with Lithuania against Chinese pressure and not give in to trade threats, Slovenia’s prime minister said in a letter to fellow EU leaders, according to a copy seen by Reuters.

The Chinese regime’s decision to withdraw its ambassador to Lithuania over a dispute about Taiwan was “reprehensible” and would hurt EU-China ties, Slovenian Prime Minister Janez Jansa, whose country holds the six-month EU presidency, said in his Sept. 13 letter.

“We will be able to face China successfully only with a united, coherent, and common approach,” Jansa wrote. “We must stand by every EU member state that is facing pressure.”

Lithuania and Taiwan this year opened reciprocal representative offices in a sign of deepening relations.

The Chinese communist regime considers fiercely democratic, self-ruled Taiwan as part of its territory and has threatened to use force to bring the island under its control. It’s regularly angered by any moves which suggest the island is a separate country.

Lithuanian officials have also said that the Chinese regime has begun making trade with the Baltic state more difficult, stopping the approval of permits for food exports to China.

In his letter, Jansa said Taiwan “remains our important partner. This should not be denied”.

EU leaders are due to discuss their approach to China, the EU’s second-largest trading partner, at a summit dinner in Slovenia on Oct. 5, in a bind at what approach to take with a relationship that is becoming increasingly contentious.

EU diplomats in Brussels say the Chinese regime is seeking to divide the 27 countries to increase its influence and weaken its power in trade, business, and politics.