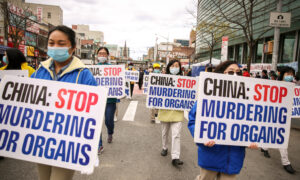 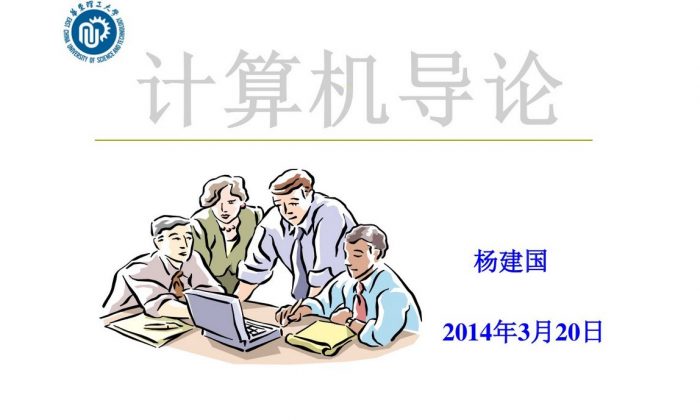 The cover page of an "Intro to Computing" class at China's China's East China University of Science and Technology. The document calls on Chinese students to guard China in cyberspace and engage in cyberwar. (Epoch Times)
China

Computer science students in China are exhorted to “shoulder the responsibility of safeguarding [China’s] cyber sovereignty, and engage in the arduous task of cyber battle,” according to an “Introduction to Computing” presentation from China’s East China University of Science and Technology.

The slideshow for students, written in Chinese and dated March 20, gives a glimpse of the ideas being taught to China’s computer science students, as well as the ideology behind the hackers launching attacks on the West.

One slide has a military figure wearing helmet and goggles telling the viewer, “You’re also a cyber trooper.”

It is soon followed by a slide with a picture of former NSA contractor Edward Snowden, who stole and leaked documents on the NSA’s spying programs.

After telling the students about U.S. spying programs, the slide asks students, “Have you been surveilled?” Then, after painting the United States as an enemy, it says, “As a Chinese person, what can I do?”

The document then goes through the class syllabus and outlines the types of training students will undergo. It notes that the main features of cyberwar “hacking attacks, spreading viruses” as well as interfering with signals and destroying targets.

In what’s presented like any other university class schedule, it tells students that during classes students will divide into three teams. One team is on “attack,” another on “defense,” and a third on “design.”

It explains the logic behind these roles a bit further, noting the three units for cyberwar are the “attack and interference unit, defense and resistance unit, and safeguard and protect unit.”

The syllabus advises students that “Baidu and Google are the best teachers,” which is ironic since Google is banned in China.

It also recommends that students learn about hacker culture by watching American films including “Hackers,” “Swordfish,” and “The Matrix.” Most Western hackers would likely roll their eyes, as they often poke fun at the over-the-top way hackers are portrayed by Hollywood.

The police university class that holds the training, The Network and Defense Laboratory, uses Chinese software designed to train operatives in cyberwarfare and spying, according to the Washington Free Beacon, which cites unnamed government sources.

The Free Beacon reports that the software used to train Chinese hackers, SimpleISES, is used by more than 30 universities throughout China, and notes “Analysts say SimpleISES is a key element behind China’s large-scale military related cyber attacks abroad.”

China’s hacker training programs at its universities have also been shown to have military involvement. The Free Beacon reported that China’s Wuhan University has supported Chinese military cyberattacks on the West and has funding from several Chinese military organizations.

The Pentagon had cited China’s opaque connections between civilian and military programs in a 2013 report to Congress, when it first acknowledged the Chinese military’s involvement in cyberattacks on the West.

It states that China places a high priority on a policy to integrate its civil and military sectors to develop technology and an industrial base to “serve both military and civilian requirements.”