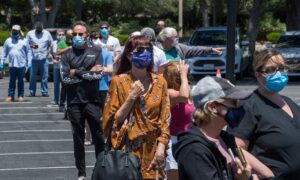 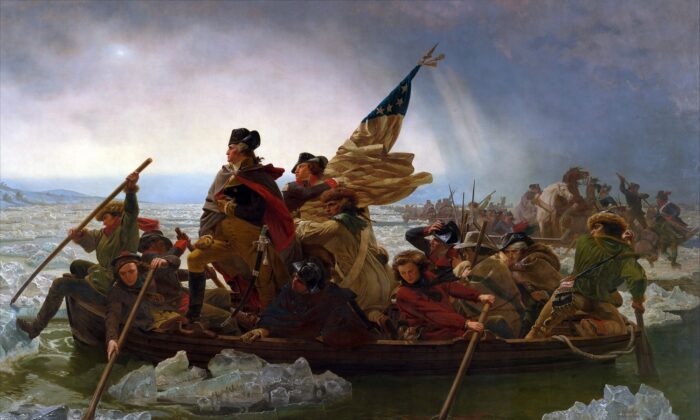 Slavery: What If There Were No United States?

George Washington is under attack.

Indeed, most of the founders and even the savior of the Union, Abraham Lincoln, are under attack. Some say they are unforgivably bad people because of slavery. Others say, despite that, they are heroes. The real question that should be asked, however, regarding slavery is: What if the United States and its Constitution never happened?

Before we answer the question, we know slavery existed in America and even after our United States was formed. There is no getting around that. It will never be something that is OK.

Also, quite to the contrary to what the 2016 Democratic vice presidential nominee Tim Kaine said, in a staggeringly ignorant comment, the United States didn’t invent slavery. It was thousands of years old by the time it reached America in 1619. It was also still prevalent around the world at the time the U.S. Constitution was adopted in 1789.

So, are the founders to be faulted for not doing away with slavery with the adoption of the Constitution? Are they to be vilified regardless of what else they did?

In that regard, two truths remain self-evident.

As for the Constitution, it was anything but a sure thing. The most trusted man in America, Washington, was so uncertain about its adoption that he wrote, “Should the States reject this excellent Constitution, the probability is … the next will be drawn in blood.” So distrustful of the process were some that Rhode Island refused to send a delegation to the Constitutional Convention.

At the time, the former colonies were so fractious that Alexander Hamilton believed there was a distinct possibility of civil war. He had good reason to think so given that, among other happenings, Pennsylvania’s militia had actually fired on settlers from Connecticut in northeastern Pennsylvania. But, oh wait, Hamilton is under attack as well.

As for our leaders, according to historian John Ferling, John Adams “remembered … that ‘all the great critical questions’ down to the spring of 1776 had been decided by the slimmest of margins. Not infrequently, he recalled, the passage of pivotal measures had hinged on the vote of a single delegate.”

None other than Patrick Henry, of “give me liberty or give me death” fame walked away from the process in disgust. He accused “the authors of the Constitution of having usurped powers and staged a coup d’état,” and promised “rivulets of blood” flowing through Virginia if James Madison (the Father of the Constitution), was elected to the U.S. Senate.

The adoption of the Constitution was a hard-fought enterprise that deeply divided the states. Eventually, the small state of Rhode Island, which would have to give up its tariff collecting abilities, had to be threatened with a trade war before it relented to join the union.

Of course, the most powerful and largest state of all was Virginia—the state that gave us four of the first five presidents. Its adoption of the Constitution was key to the creation of the United States. It also was a slave state, as were the other Southern colonies, which were among the richest colonies at the time, in significant part, because of slavery and agriculture. They were never going to give that up in 1789.

In plain terms, if extinguishing slavery was a requirement of the adoption of a constitution, you can be certain there would have been no Constitution and no United States.

What then, if there had been no United States?

Well, in what became the industrial North, the abolition of slavery was underway at the time of the adoption of the Constitution. As Rich Lowry points out in his article, “The Flagrant Distortions and Subtle Lies of the ‘1619 Project,’” “Vermont began a gradual abolition in 1777, with Pennsylvania, Rhode Island, Connecticut, New York, and New Jersey following suit between 1780 and 1804.” That was part of the “free labor” movement of the North—a movement that believed each man had the right to work free of bondage.

It’s fair to say, therefore, that in the absence of the Constitution, slavery would have died out in the North close to the manner in which it actually did.

As for the rest of the country, it could well be that there would have been fighting among the colonies. While there is an inclination to think that perhaps a civil war at the time would have settled the issue, that would be incorrect for several reasons.

First, the South was the far richer at the end of the 18th century relative to the North as compared to 1860, and the North didn’t have the industrial advantage it would come to have in 1860. As such, a civil war outcome in favor of the North would have been unlikely.

Second, we know that England burned down the White House in the War of 1812. England would have relished returning to resubjugate the colonies—not to mention the French ambitions of the time.

Overall, without the founding of the United States, and therefore, no movement within the United States to end slavery, slavery would have existed in the South uninterrupted into the 1900s.

So, were the founders wrong to put off that fight until another day so the United States could begin? Or are they to blame for not taking an earlier stand? The answer is clear.

When it came to the attention of King George III of England that George Washington was going to lay down his arms after winning the revolution, King George said such an action would make Washington “the greatest man in the world.”

If actual history were taught in our schools, we too would think that again.

Tom Del Beccaro, with others, recently launched the California Revival PAC (CaRevival.com), which supports the recall of Gov. Gavin Newsom, the defeat of the anti-Prop 13 measure, and common-sense policies for California.