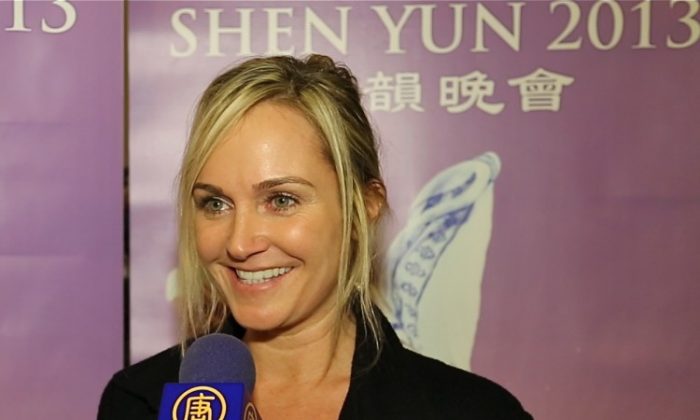 Professional skateboarder Jennifer O'Brien at the opening performance of Shen Yun Performing Arts at the California Center for the Arts on Friday Dec. 28. (Courtesy of NTD Television)
News

ESCONDIDO, Calif.—Professional skateboarder Jennifer O’Brien praised Shen Yun Performing Arts after seeing the New York-based classical Chinese dance and music company at the California Center for the Arts on Dec. 28. She said the artists were amazing.

Ms. O’Brien, who was the first woman to skate at the X Games, said she could tell how difficult the moves performed by the dancers are, and as a professional athlete, she knows how much energy and endurance it takes to perform to this caliber.

“They did a beautiful job,” she said.

“Everything was … amazing,” she said.

Founded in 2006, Shen Yun aims to revive 5,000 years of China’s divinely inspired culture. Ms. O’Brien said she loved the cultural aspect of the show, as well as the spiritual aspect.

“That was really nice.”

Speaking of the dance depicting the persecution of the spiritual discipline Falun Gong in today’s China [An Unexpected Encounter], Ms. O’Brien commended the show for showing what she called the wrongs in modern China.

“That was really a surprise but also very important, and it was good.”

Shen Yun Performing Arts Touring Company will be in Escondido for performances at the California Center for the Arts through Dec. 31.