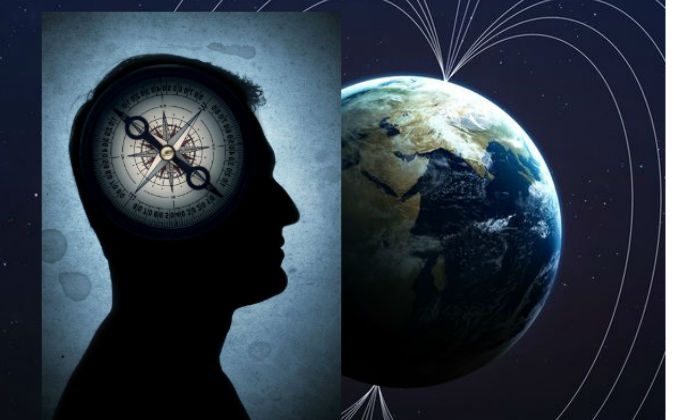 Many animals, particularly migrating animals such as birds, have a magnetic sixth sense that allows them to trace their paths along Earth’s magnetic fields. California Institute of Technology (Caltech) geophysicist Joe Kirschvink believes humans have this too, and he’s made progress toward proving it.

Scientists have shown that animals will alter their habits if the magnetic fields around them are altered. This behavioral evidence is what has confirmed the magnetic sixth sense in animals, but the biological mechanism—how it actually works—is unknown.

One theory is that receptor cells containing magnetite, a magnetic iron mineral, may act as compasses. “Magnetite is typically something geologists expect in igneous rocks. To find it in an animal is a biochemical anomaly,” Kirschvink told Science. Magnetite is found in humans.

Kirschvink’s specialty is measuring magnetic fields in rock, but he has applied his interest in magnetism to biology. He published a paper in the journal Bioelectromagnetics Supplement in 1992 about magnetite in human tissues.

Science published an article in June featuring Kirschvink’s theory of human magnetoreception and his experiments; Kirschvink has not yet completed his research and it thus has yet to receive the peer-review stamp of approval. But he has made promising progress.

Other researchers, such as biologist Robin Baker at the University of Manchester, have tried to prove humans have magnetoreception. Baker seemed to come close in the 1970s, showing test subjects could point toward cardinal directions or toward a specific location after being turned around in a disorienting manner (and a magnetic bar seemed to interfere with this ability, suggesting it was related to a magnetic sense).

But Baker’s experiment failed replication tests, including a test by Kirschvink.

Magnetoreception in humans became a stigmatized topic of study for many scientists. But Kirschvink has picked up where Baker left off.