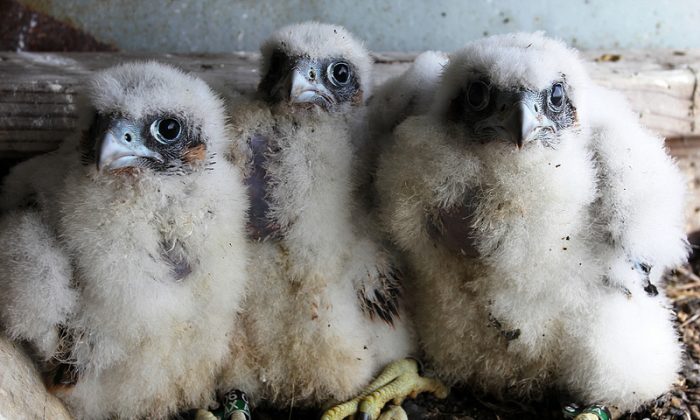 NEW YORK—The MTA welcomed six newborns into its family in May with six peregrine falcon chicks hatching on the city’s bridges.

Three each were born on the Marine Parkway-Gil Hodges Memorial Bridge and Throgs Neck Bridge.

The hatchlings are part of the MTA Bridges and Tunnels in the State Department of Environmental Conservation’s nesting program, which began in the city in 1983. Each of the falcons, which were nearly wiped out in the 1960’s due to pesticides in their food supply, will be banded and monitored.

“Other than providing the nesting box, our primary goal during mating season and until the chicks leave the nest is to stay out of their way,” said Marine Parkway Maintenance Superintendent Carlton Cyrus in a statement.

There are no other costs associated with housing the peregrines, according to the MTA.