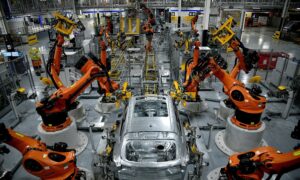 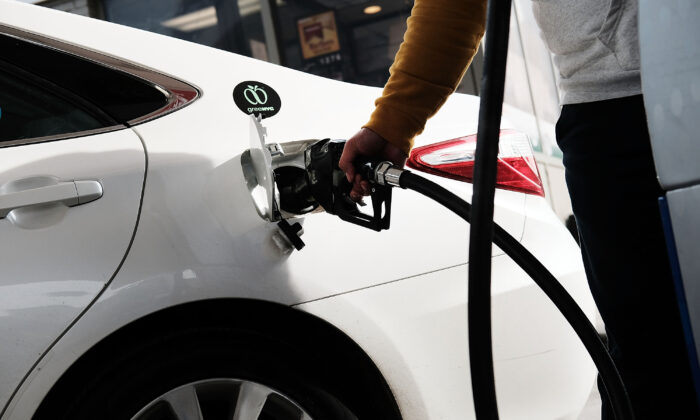 A man fills his car up with gas at a station in New York on Nov. 14, 2017. (Spencer Platt/Getty Images)
Viewpoints

At the outset of the Joe Biden presidency, I warned that we were about to endure yet another Democratic “presidency that seeks to defy the laws of economics—and with that, Americans will suffer.” Six months into the Biden presidency, Americans are suffering terrible results that foreshadow real dangers ahead.

That’s why it was easy to predict, as I did, that the “net result” of the Biden policies “will be to increase the costs on the economy already suffering from COVID-19 losses and a world economy beleaguered by a huge increase in poverty.”

The only problem with my prediction was that I understated just how detrimental Biden’s policies would be in the first six months.

Perhaps the most dangerous effect of those policies has been the increase in inflation. Producer prices soared by a record 7.8 percent in July, which followed the 7.3 percent increase in June. As for consumer prices, they rose by 5.4 percent over the previous 12 months.

Government policies are the cause of those increases.

As The Wall Street Journal points out, “Labor costs are rising as businesses have to raise wages to attract workers who can make more unemployed. The result: Higher prices. The worker shortage is also contributing to supply chain problems and raising rates for shipping, as well as causing delay.”

The increase in energy costs, and specifically oil and gas prices, is also wreaking havoc and placing upward pressure on both consumer prices and producer prices.

The federal and state governments don’t have to detrimentally interfere in the labor market by making it more profitable for workers to stay at home than to take jobs. That’s a policy choice being made by politicians in an effort to buy votes at the expense of consumers across the United States.

As for energy prices, Biden has all but declared a new war on energy, and it’s very clear that Democrats are restricting energy production in the United States. Biden all but admitted that his policies are causing a detrimental increase in gas prices when he begged Saudi Arabia to increase oil production to ease prices.

Add to all of that the spending spree of trillions of borrowed or printed dollars coming out of Congress and the expansive monetary policies of the Federal Reserve.

One of the most dangerous problems of inflation is its psychological effect on the economy. With stable prices fostered by stable government policies, including stable money, consumers and investors alike have confidence in the economy and what it will do in the future.

What’s worse, there’s no indication from the Biden administration that the policies it’s pursuing that are fueling inflation will be curtailed. Indeed, the far left wing of Biden’s Democrat Party is demanding that Biden intensify the war on energy by pursuing the Green New Deal in its totality.

Those problems, combined with the massive spending coming out of Congress and the Federal Reserve’s continued expansion of the money supply in the months ahead, lead to the only logical conclusion: That for months on end, demand will continue to outstrip supplies and production capacity.

In other words, consumers and investors alike should expect greater inflationary pressure ahead. That means, contrary to what the White House and the Federal Reserve are saying, inflation is here to stay, and the longer it does, the more dangerous it is to the economy and the more difficult it is to get under control.

That dynamic isn’t new to economic history. We most recently endured a crisis similar to today as a result of the Nixon, Ford, and Carter policies. The inflationary pressures grew throughout their presidencies and eventually required the drastic steps undertaken by Federal Reserve Chairman Paul Volcker.

One hopes smarter heads will prevail this time around, but looking at the White House these days, that’s unlikely to happen. Rather than adhere to the laws of economics, the administration is ignoring them to the detriment of all Americans, and that foreshadows real dangers ahead.