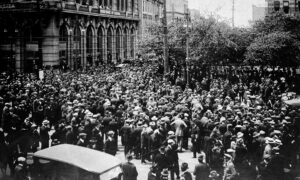 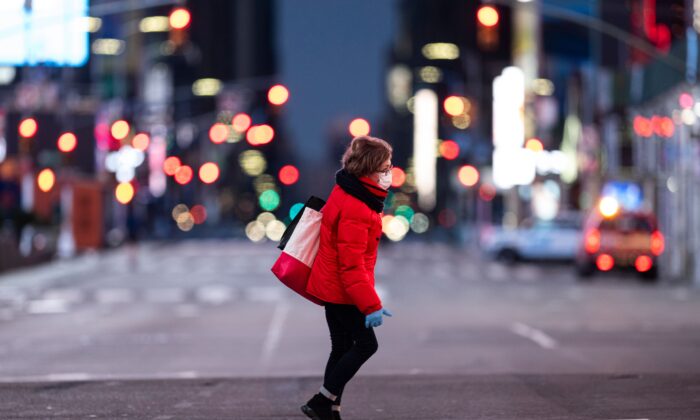 A woman walks through an almost-deserted Times Square in the early morning hours in New York City on April 23, 2020. (Johannes Eisele/AFP via Getty Images)
Viewpoints

Opinion: We Are About to Have a 4-Year Lesson in Anti-Economics

As we consider the years in front of us and the expected policies of the Biden administration, we should be alarmed at how few people actually believe in economics. I write that because it’s plain for everyone to see how many support policies that defy the laws of economics and yet expect good economic outcomes.

At its core, economics is nothing more than the study of human behavior measured over all of time. Across millennia, humans have consistently responded to situations, stimuli, incentives, and the loss of those incentives. The more prominent of those consistent responses are often termed the laws of economics.

Most have heard of the phrase “supply and demand.”

Over time, the price we pay for items is determined in significant part by the total supply of any given commodity or service matched against the demand for those items. We know that if the demand rises for any given goods or services the prices tend to rise. As demand eases, so too do prices. A lack of supply, all other things being equal, will tend to push prices higher whereas a bountiful supply will tend to push them lower.

The reason for that dynamic is contained in a more basic law of economics that is called the law of demand. Investopedia will tell you, “The law of demand states that quantity purchased varies inversely with price.”

In other words, the more something costs, the less of it you tend to get. Fords outsell Rolls Royces largely due to Ford’s lower price. More $30,000 cars are sold than $300,000 cars; the same holds true for blue jeans and houses.

In our short history, we have now had five major tax reforms: the 1920s, ’60s, ’80s, 2000s, and in late 2017. Each time, our economy had weak growth or less when the tax reform was proposed. Each time, with incentives to make income increased, the economy expanded, jobs increased, incomes rose, and tax revenues as well. No better example of that exists than when our tax rates were cut in the 1920s to 25 percent from a top rate of 77 percent and growth exploded, that is, the Roaring ’20s, as money previously parked in tax-free instruments was put to work in the economy after incentives were restored.

By the same token, as Thomas Sowell has labored to teach us for decades, government minimum wage increases—consistent with the law of demand—result in job losses.

In 2017, the Trump administration championed major tax reform. The never-growthers that don’t believe in economics told us that America was forever stuck in a land of weak economic growth that can’t exceed 3 percent ever again. However, the Trump tax reform restored incentives, money flowed back into the economy, and, as I predicted in December 2017, in the second quarter of 2018, growth exceeded 4 percent. Overall, growth after the tax cuts exceeded the expectations of the never-growthers.

No one should have been surprised that the economy performed so poorly under Obama. The average growth rate under Obama for his presidency was around 2 percent. That wasn’t because he was handed a bad economy, but because, on top of that bad economy, he raised the tax and regulatory burden on the economy.

As the Biden presidency begins, we know he is going to pursue the same higher tax and much higher regulatory policies of the Obama years. He is demanding a higher minimum wage and some form of a Green New Deal, that is, policies that will increase the costs of energy not to mention income tax increases.

The net result will be to increase the costs on the economy already suffering from COVID-19 losses, and a world economy beleaguered by a huge increase in poverty. The result of the Biden policies will be weaker economic growth than what could have been.

Overall, it will be yet another lesson in the laws of economics brought to us by those who don’t believe in economics.