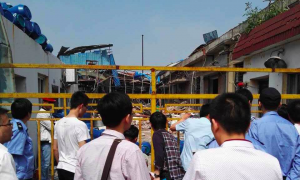 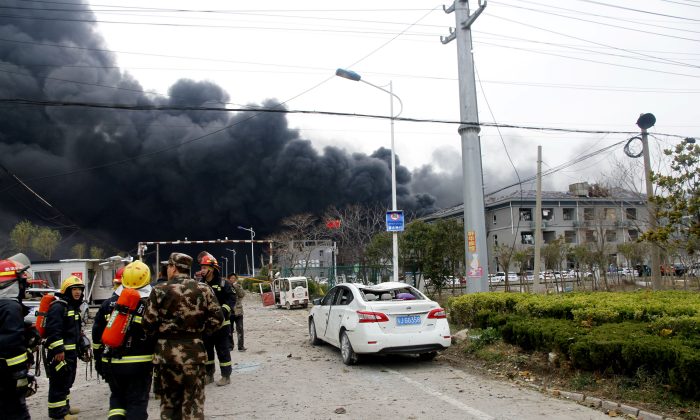 Rescue workers are seen near smoke following an explosion at a chemical industrial park in Yancheng City, China on March 21, 2019. (Reuters)
Social Issues

State media said authorities were investigating the cause of the blast.

Video footage and images on state media showed a fire and shattered windows in nearby buildings.

Among the injured were children at a kindergarten near the industrial park, state media said.

Public anger over safety standards has grown in China over industrial accidents ranging from mining disasters to factory fires that have marred three decades of swift economic growth.

The Chinese regime has pledged to improve safety in factories, though explosions and other incidents are still commonplace.

In August, five people were killed in an explosion at an aluminum plant in the eastern city of Jiangsu.

In July, 19 people died in a blast at a chemical plant in the southwestern province of Sichuan.

By Se Young Lee & Min Zhang. The Epoch Times contributed to this report.