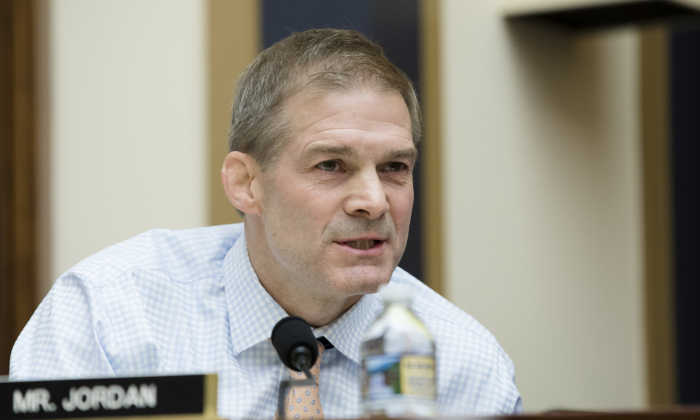 Six former Ohio State University wrestling coaches released a statement on July 9 in defense of Rep. Jim Jordan (R-Ohio) who was accused of turning a blind eye to alleged sexual abuse of former wrestlers by a team doctor while working as a coach at the school.

“What has been said about Jim Jordan is absolutely wrong,” the coaches wrote in the joint statement. “We all worked on the wrestling coaching staff during Jim’s tenure at The Ohio State University. None of us saw or heard of abuse of OSU wrestlers. The well-being of student-athletes was all of our concern. If we had heard of any abuse, we would have spoken up.”

Seven former wrestlers came forward alleging that Jordan failed to protect them more than 20 years ago from abuse by team doctor Richard Strauss, who died in 2005. Jordan denies knowing about the abuse and said he would have acted if he knew.

“Jim Jordan is a fine and decent person who has a lifetime history of being honorable and honest, unlike his accusers whose extremely troubled backgrounds and ongoing legal and financial troubles place the veracity of their allegations into the realm of ridiculous,” Gohmert said.

Gohmert noted that the wrestlers were all adults at the time of the abuse, never reported the abuse to Jordan, and waited decades to make the allegations.

The lawmaker also pointed out that the accusers are being assisted by Perkins Coie, a law firm that counts the Democratic National Committee, Hillary Clinton, and Barack Obama as clients.

“They were recently paid by Hillary Clinton and the DNC as a pass-through entity to hire Fusion GPS to concoct the salacious and unverified Russian dossier at the heart of the Clinton team’s attempted take-down of President Trump,” Gohmert said.