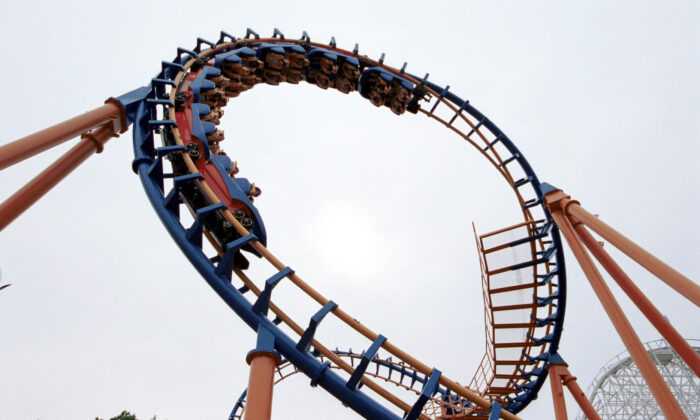 U.S. theme park operator Six Flags Entertainment Corp. on Jan. 10 raised the possibility of terminating all of its projects under construction in China due to the growing debt problems of its local partner, sending its shares down 16 percent.

Six Flags said in a regulatory filing its partner in China, real estate developer Riverside Investment Group, had defaulted on its payments to the company due to a declining market.

“The development of the Six Flags-branded parks in China has encountered continued challenges and has not progressed as expected,” Six Flags said.

“While the company continues to work with Riverside … the eventual outcome is unknown and could range from the continuation of one or more projects to the termination of all the Six Flags-branded projects in China.”

The nearly sixty-year-old Texas-based company’s first park in China, Six Flags Zhejiang, outside Shanghai, was set to open this summer.

Its delay and potential cancellation is the latest international roadblock for the American company after the cancellation of a project in Dubai last year.

The projects in China were expected to provide a much-needed new source of revenue for the company, which on Friday also said fewer people visited its North American parks in the fourth quarter potentially causing revenue to fall by $8 million to $10 million.

With the Chinese parks now in limbo, Wells Fargo cut its rating on the stock to “equal weight” from “overweight.”

Six Flags said it would adjust its fourth-quarter revenue lower by $1 million due to its China troubles.