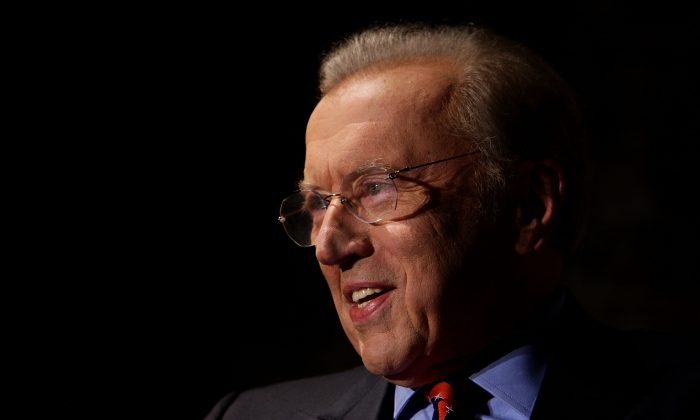 Best known in America for his revealing interview with former President Richard Nixon, veteran journalist Sir David Frost died of a suspected heart attack Saturday night while aboard the Queen Elizabeth cruise ship to give a speech, his family told the BBC.

The cruise company Cunard says its vessel had left the English port of Southampton on Saturday for a 10-day cruise in the Mediterranean.

Prime Minister David Cameron tweeted: “My heart goes out to David Frost’s family. He could be – and certainly was with me – both a friend and a fearsome interviewer.”

Frost was in the business for some 50 years. The 2008 movie “Frost/Nixon” captures the historic interviews of 1977 in which Nixon opened up about the Watergate scandal.

TV personality Esther Rantzen told the Irish Times: “I think fellow interviewers have always been awestruck by David Frost’s capacity to illicit memorable, sometimes historically significant quotes from all the movers and shakers or our time—presidents, prime ministers, A-list celebrities—but for all of us who had the pleasure of knowing him socially, it is his kindness, generosity, loyalty and humor that we will miss so much.”

Barney Jones, who edited Frost’s Breakfast with Frost program on the BBC for more than a decade, told the BBC: “David loved broadcasting, did it brilliantly for more than 50 years and was eagerly looking forward to a host of projects—including interviewing the prime minister next week—before his sudden and tragic death. We will all miss him enormously.”

Nixon Apologizes in an Interview With Frost: