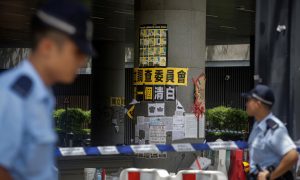 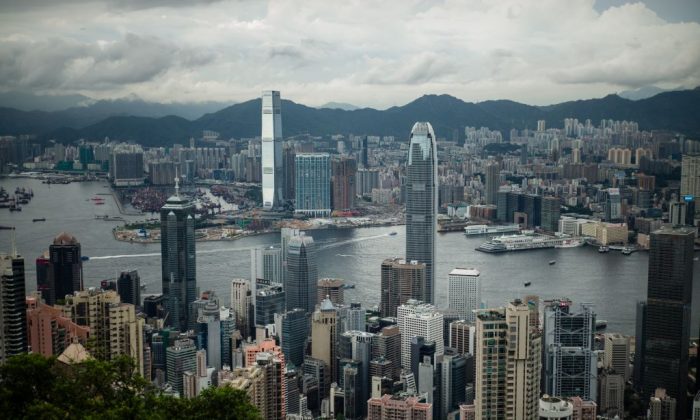 The Sino-U.S. trade war morphing into a technology war is giving Hong Kong the opportunity to regain some lost leverage over the Chinese Communist Party.

Beijing historically kept a low profile in Hong Kong to facilitate the city as a conduit for the flow of foreign technology and investment into the mainland Chinese economy. With the financial boom that followed China’s entry into the World Trade Organization and the rise of Shenzhen and Shanghai as global technology supply chain centers, the emboldened central authorities began using a heavier hand “to prevent Hong Kong’s autonomy from being exploited by dissidents, political opponents, uncooperative tycoons, and media muckrakers to destabilize the mainland,” according to Geopolitical Futures.

The lack of an extradition treaty between Hong Kong and mainland China did not stop people from occasionally “disappearing” from Hong Kong. Chinese-Canadian billionaire Xiao Jianhua was allegedly drugged in his luxury Four Seasons apartment in January 2017, and then loaded onto a boat and ferried to the Chinese mainland, according to the New York Times. Chinese-British dual national and book publisher Lee Bo was allegedly disappeared from Hong Kong in December 2015 and was escorted to the mainland by security forces.

China claimed the “disappeared” people showing up in mainland China had voluntarily “repatriated” themselves, including over 3,000 individuals living abroad who were swept up in the Skynet or Fox Hunt anti-graft campaigns and later suffered “shuanggui” detentions.

But 2 million Hong Kong residents taking to the streets on June 16 to stop the Hong Kong legislature’s debate on an extradition bill that would allow criminal suspects to be sent to mainland China, where judges serve under the absolute authority of the Party, constrained a complete police crackdown. The July 1 Hong Kong Legislative Council chambers break-in, spray-painting of slogans, and hanging of a British colonial flag failed to precipitate deployment of the nearby People’s Liberation Army contingent that earlier announced it was holding drills to review “combat abilities in emergency dispatches.”

The timing of China’s efforts to politically narrow the rights of the “special administrative region” is closely tied to an International Monetary Fund forecast that China’s current-account balance would turn negative in 2022, due to the effects of the U.S.-China trade war and other developments. The IMF said China had $2.1 trillion in external net assets as of 2018, but over $1.2 trillion of the trade surplus generated over the last decade had “disappeared.”

Diana Choyleva of Enodo Economics observed that “throughout its miraculous growth phase, China avoided the plight of emerging markets in Latin America, whose low domestic saving rates resulted in recurrent balance-of-payments crises.” Worse than the $600 billion in Chinese capital flight that the IMF is worried about, she warns that the current account surplus has already plunged from a 9.9 percent of GDP peak in 2007, to 0.4 percent of GDP in 2018, and 2019 will see the first current account deficit in 25 years.

With China and the United States agreeing to a trade war pause, U.S. tariffs are still bleeding China for an extra $60 billion a year. Endo expects that the dispute has already mutated into a prolonged tech war and a prolonged “decoupling” of the world’s two largest economies.

America’s trade and tech sanctions are targeted to slow China’s supply-side transformation and strategy to climb the technology value-added chain. Huawei had about a two-year industry lead in rolling out 5G networks and achieving the coveted first-mover technical standard for Internet of Things (IoT) and smart factories. But the Trump ban on U.S. technology and component supplies may have erased most of Huawei’s lead.

Huawei founder and CEO Ren Zhengfei stated that he wants to end Huawei’s dependence on U.S. suppliers “within two years,” but American firms like HP and Dell plan to relocate up to 30 percent of their notebook production out of China. The Nikkei Asian Review reported that Microsoft, Google, Amazon, Sony, and Nintendo may also move out some manufacturing.

Endo sees no incentive for either party to negotiate a middle-of-the-road settlement. Chinese leader Xi Jinping cannot look weak in the run-up to the People’s Republic of China 70th birthday party on October 1. By then, President Trump will be in full reelection mode and claiming that his Make-America-Great-Again trade war created more U.S. jobs.

The police violently cracked down on Hong Kong protesters outside of “LegCo” on June 12, resulting in more than 80 injuries. But the international media disaster forced Hong Kong Chief Executive Carrie Lam to suspend the extradition bill indefinitely, as she tearfully described going through an emotional period of “self-reflection,” and asked for healing of the rifts in society.

Because Hong Kong still has a reputation as a venue that operates under the rule of law and U.S. restrictions on technology transfer to China will continue, Hong Kong seems set to gain leverage over Beijing as foreign corporations up headquarters in the territory.