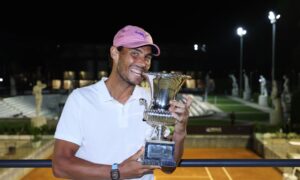 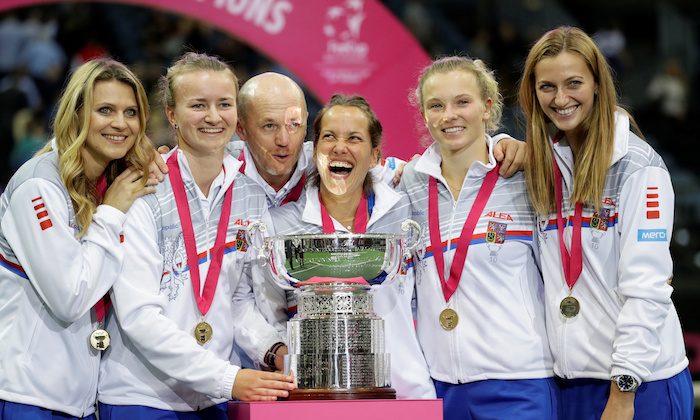 In an exciting back-and-forth rubber lasting three hours 45 minutes, Siniakova held off the 19-year-old Fed Cup debutante 7-5 5-7 7-5 to give the Czechs a 3-0 win in the best-of-five final before being embraced by team mates in front of the 14,500 fans at the O2 Arena.

The Czechs were without their two top players against a United States team who were the defending champions but were also missing their stars and fielding three tournament newcomers, including Kenin.

Fans, though, were still treated to a show with a decisive match marked by long rallies on Sunday as the Russian-born Kenin tried to get a point for the U.S. after her team fell 0-2 behind on Saturday’s opening day.

She came close but was denied two matchpoints by doubles expert Siniakova, who stepped into singles play with world number eight Karolina Pliskova out with injury and twice Wimbledon champion Petra Kvitova sick.

“It was an unbelievable match for me. It was up and down, nerves,” 22-year-old Siniakova said on the court after the match that was just short of the longest rubber –- at four hours flat –- in Fed Cup history.

“I am just terribly happy I won.”

The competition’s two most successful nations were meeting in a Fed Cup final for the first time in more than three decades.

The U.S. team, though, had to rely on three Fed Cup newcomers as they were missing Serena and Venus Williams, holders of a combined 30 grand slam singles titles, along with world number six Sloane Stephens and Madison Keys, semi-finalist at both Roland Garros and Flushing Meadows.

“We did not get the result that we wanted but nobody can say that we didn’t leave it all out there,” U.S. captain Kathy Rinaldi said.

Siniakova looked ready to cruise through after getting a break point in Kenin’s first service game. But the American put up a fight and narrowly missed forcing a tiebreak before Siniakova took the first set with a strong forehand smash.

The Czech raced to 3-0 again in the second set. But Kenin then fought off two break balls and used a beautiful drop shot to hold serve, starting a comeback. She evened the match with a forehand winner past Siniakova for set point.

The third set started in similar fashion and Siniakova went ahead 4-1 after a 19-minute game in which Kenin squandered five break balls.

But the Czech failed to get her momentum until later when she denied Kenin two match points. She started the final game with a nicely placed crosscourt drop shot on the run and then Kenin returned a backhand wide on match point, igniting Czech celebrations.

The Czechs claimed their 11th Fed Cup title, including five as part of Czechoslovakia. The Americans have won 18 titles and showed on Sunday the younger players could carry on the tradition one day.

Kenin also pushed Czech veteran Barbora Strycova, playing in her final tie for the Czechs after a 16-year Fed Cup career, to three sets on Saturday.