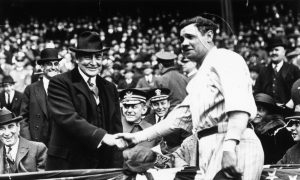 No One Told Babe Ruth He Had Cancer, but His Death Changed the Way We Fight It
0
Share Now
FacebookTweetParlerEmail
Copy Link 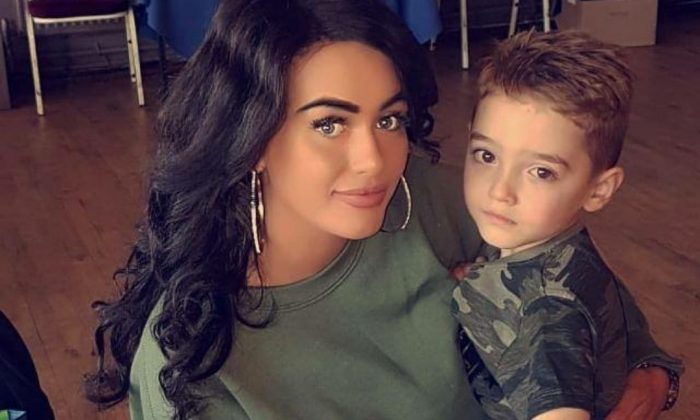 Naomi Knighton, 26, from Derby with her son, son J’varn, 6 in a picture shared by their family on GoFundMe. Naomi is battling with a last stage cancer and had to tell her son that she’ll soon die. (Naomis final wishes/GoFundMe)
UK

Single Mother Forced to Tell Her 6-Year-Old She’s Dying of Cancer, Starts Fundraiser for a Headstone

A single 26-year-old mother who’s battling with an aggressive form of cancer has been forced to tell her 6-year-old son that she’s dying.

Since her teenage years, Naomi Knighton from Derby has suffered from a rare form of leukemia. Despite undergoing two bone marrow transplants, the cancer remained incurable. Doctors have asked her to prepare for the worst and Naomi doesn’t know how much longer she is going to live.

She’s fighting with the last stage of her cancer and is living with her son J’varn and her mother Jean in Allenton, according to the Daily Mail UK.

Naomi’s sister Kirsty, 32, is a mother of two and is very saddened by Naomi’s condition. She can’t believe that Naomi is losing out in her years of battle with cancer.

“It was heartbreaking. We have watched her go through so much and we always assumed she would get through it because she always has managed to get through—and she’s so strong.

“There have been times that the doctors have been surprised when she’s got through it. She always pulls through against the odds,” said Kirsty.

Naomi was looking forward to a bright career. She had studied at Derby College to become an adult nurse and last year was offered an opportunity to study at the University of Derby.

In her teenage years, Naomi suffered from colds, throat infections, and coughs, and was diagnosed with chronic myeloid leukemia, a kind of cancer that attacks white blood cells and gradually grows over many years.

According to the Daily Mail, doctors told her on Jan. 11, that she only had a few weeks to live and that she can stretch her life a bit by following a course of chemotherapy and steroids.

Hard Time for the Family

J’varn was told that his mother would soon not be there by his side.

“J’varn took it really well on the day she told him. He accepted it. I think, in a way, because she’s always been poorly he’s used to her being in and out of hospital.

“That has sort of helped him,” said Kirsty.

Kirsty was there with Naomi when doctors disclosed the sad news to her.

“They said she had two choices. She could stop everything that day and let it be. But the doctor said it would be quick as it was very aggressive. He said we would be talking weeks not months.

“The option Naomi chose was to buy some more time,” Kirsty told the Daily Mail.

“Our aim is to raise money to carry out her final wishes and give her the send of she deserves. Also as a family we would like to raise awareness on becoming a stem cell donor.

“It’s hard to get cell donors in the UK, as there are not enough people prepared to donate their cells.  Naomi has had a donor from Germany previously. So we’re urging people to look into the Antony Nolan Project and become a stem cell donor. It really can save somebody’s life,” the family’s gofundme page said.

The money raised on gofundme will go toward a “white coffin” that Naomi requested, a “nice headstone for her son to go to,” along with a party-style event with music and dancing after her funeral, according to the Daily Mail.