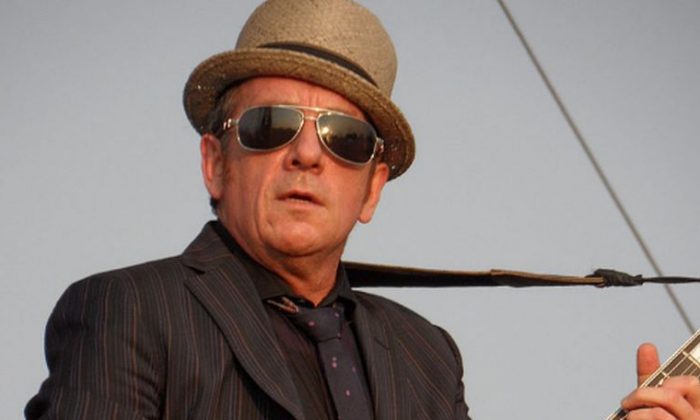 Elvis Costello, the singer-songwriter, said he’s canceled the rest of his European tour to remove a “small but very aggressive” cancerous tumor.

The announcement was made on his website, saying Costello “has been forced to cancel the remaining 6 dates of his current European tour on medical grounds.”

It said, “His doctor has strongly advised him to take a break from his current tour itinerary and rest.”

Costello called on ticket holders to go to the point of purchase for refunds.

“Six weeks ago my specialist called me and said, ‘You should start playing the Lotto.’ He had rarely, if ever, seen such a small but very aggressive cancerous malignancy that could be defeated by a single surgery,” the singer said in a statement on his website. “I was elated and relieved that our European summer tour could go ahead.”

He added, “Post-surgical guidelines for such surgery, recommend three weeks to four weeks recovery depending on whether you are returning to a desk job or an occupation that involves physical work or travel.”

Costello told fans to take care of themselves and get help if they think something’s wrong.

“Take very good care of your loved ones but gentleman, do talk to you friends, you’ll find you are not alone—seek your doctor’s advice if you are in doubt or when it is timely and act as swiftly as you may in these matters,” he said.

He was slated to perform in Britain, Croatia, Austria, Norway, and Sweden.