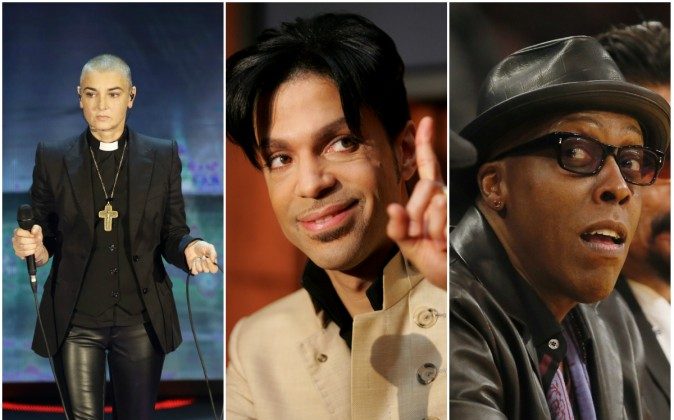 In a fiery and controversial Facebook post, Irish pop singer, Sinead O’Connor, accused comedian and TV personality, Arsenio Hall, of being the person who “Prince got his drugs [from] over the decades.”

On May 1, O’Connor fired off the post on her Facebook page, suggesting the DEA (Drug Enforcement Agency) turn their investigative spotlight on Hall after claiming to have “reported [Hall] to the Carver County Sherrif’s office.”

She then says the sheriff’s office is “aware you spiked me years ago at Eddie Murphy’s house,” and makes one final suggestion, to Hall this time: “You best get tidying your man cave.”

Since the post has gone viral, O’Connor has received backlash from Prince fans over her insensitivity for the pop star’s death. Hall has denied the allegations.

Prince’s Vault Drilled Open: What We Know So Far

Londell McMillan, his lawyer and an associate of Prince for 25 years, dispelled such rumors, citing Prince’s vegan dietary habits as proof that he led a “clean lifestyle.”

Prince, 57, passed away on his Paisley Park, Minnesota estate on April 21. His toxicology results from an autopsy are still pending.

Hundreds of songs, music videos, and at least one documentary may finally see the light of day as the vault in Prince’s Paisley Park estate has been drilled open, according to KSTP-TV.

There are at least 392 unreleased songs that Prince wrote or co-wrote, according to PrinceVault.com, an “unauthorized, unofficial, independent non-profit website,” as it describes itself.

There have been found 50 or more unreleased music videos in the vault, according to “An Evening with Kevin Smith,” a 2002 DVD featuring filmmaker and comedian Kevin Smith talking, among other things, about his experience filming a documentary about Prince.