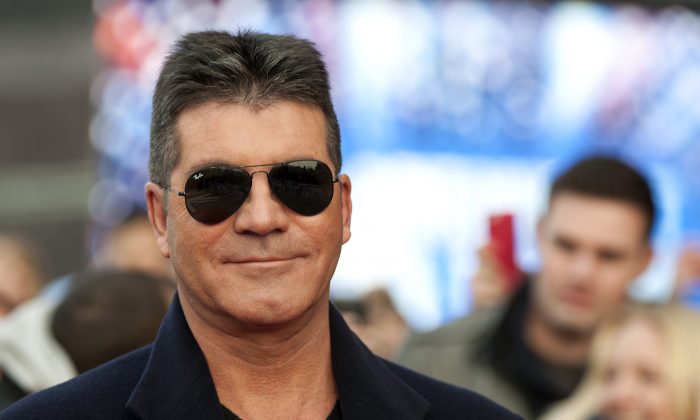 A file photo of Simon Cowell arriving for the 1st day of judges auditions for 'Britain's Got Talent' at Millenium Centre in Cardiff, Wales, on Jan. 16, 2013. (Ben Pruchnie/Getty Images)
Entertainment

Simon Cowell continued the final of Britain’s Got Talent after being egged by a performer on Saturday, simply removing his egg-splattered jacket. The opera singers on stage also “didn’t miss a note,” joked Cowell via Twitter after the unusual interruption.

Musician Natalie Holt, 30, of the Raven Quartet rushed to the front of the stage, passing right between brothers Richard and Adam Johnson who were singing “To Dream the Impossible Dream,” and pelted Cowell with eggs, a wide smile on her face, before being removed by security.

More than 13 million people were watching the show, according the U.K. Metro.

Holt told the Daily Mail she was taking a stand against Cowell’s “dreadful influence on the music industry.”

She issued a statement shortly after the performance to apologize.

“I want to apologize to Richard and Adam for overshadowing their performance,” the Telegraph quotes. “I’ve never done anything like this before and in hindsight I have realized it was a silly thing to do.” Raven Quartet has said it was not involved, that Holt acted independently.

Cowell tweeted Saturday, “I really don’t like eggs.” On Sunday, he tweeted: “I don’t think eggs should be allowed on talent shows. Discuss?”

Some Twitter users speculated that Holt’s career will be negatively impacted by the stunt. Some made light of the situation.