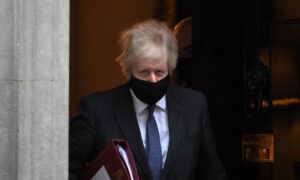 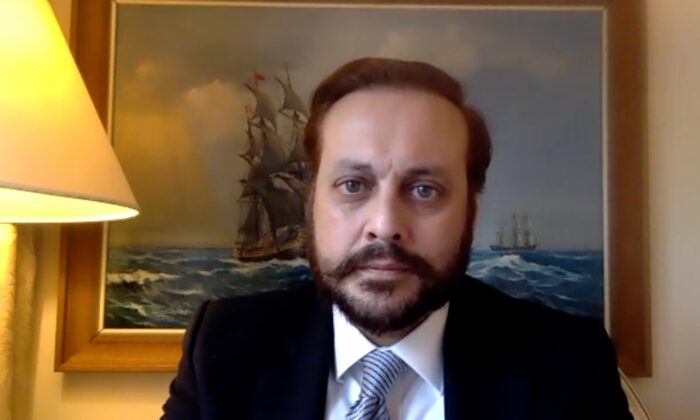 In this still image taken from a video, Imran Ahmad Khan MP speaks to NTD in a virtual interview, in London on Feb. 4, 2021. (NTD)
UK

There has been “significant and growing support” in UK Parliament for an amendment aiming to stop and prevent the UK from doing bilateral trade with genocidal countries, chair of the All-Party Parliamentary Group (APPG) for Foreign Affairs Imran Ahmad Khan told NTD.

The so-called “genocide amendment” is one of the amendments (pdf) to the UK’s post-Brexit international trade bill that are due to be voted on in the House of Commons on Feb. 9.

If passed, UK courts will be the first domestic courts that have the power to preliminarily determine whether a country has committed genocide. If such a determination is made, a minister must arrange a motion for debate in each House of Parliament requiring the government to set out its course of action, which may include stopping negotiation towards or withdrawing from a trade deal with that country.

A previous version of the amendment was passed in the House of Lords, before it was defeated in the Commons by only 11 votes.

The modified amendment has won a two-thirds majority on Tuesday in the House of Lords, 40 Conservative Peers are among the supporters despite the government’s opposition to the amendment.

“Forty of those who voted in favour were very senior conservative peers, with long and dearly held track records of supporting successive conservative governments,” Imran Ahmad Khan, Conservative MP and chair of the APPG for Foreign Affairs, told NTD on Thursday.

“I’m pleased to report that it’s my feeling that there is significant and growing support in both houses.”

The debates around the genocide amendment have been largely focused on the Chinese regime’s treatment of Uyghur Muslims in Xinjiang. The topic has gained momentum yet again after BBC on Wednesday reported on systematic rape, sexual abuse, and torture against Uyghur women in China’s “re-education” camps.

The government had argued that the amendment is unnecessary and ineffective, an argument Khan disagrees with.

“Not only would the alternate amendment ensure that the United Kingdom take a principled stand against genocide and persecution, but also it safeguards us from being complicit through commerce and trade with genocidal regimes,” he said.

“Only through leading by example on this subject, will real effective change be made by the international community.”

Khan said Britain must be prepared to stand alone to defend values that define the country.

For the first time in over 40 years, “the United Kingdom has an opportunity to again determine our place in the world and pursue a truly independent foreign policy,” he said.

“Values that define our nation such as tolerance, pluralism, democracy, freedom, can be put to the forefront of all our policy decisions. We must be prepared to act unilaterally in protecting these values, and defending the persecuted and oppressed minorities, wherever they may be. I think these must be part of the British brand.”

Conservative MP Liam Fox on Thursday said that he would welcome Magnitsky-style sanctions against individual officials, but there’s a limit to what the outside world can do when totalitarian regimes become established.

“I could not disagree more,” Khan said.

“Britain must have the courage and confidence to resist evil, as this country proudly has in the past. When Churchill’s Britain stood alone against totalitarian evil for nine months in 1940, completely alone in the world, it was not easy. Nor was it without cost. But it was the right thing to do, and our finest hour,” Khan said.

“Britons everywhere still take pride in it. We should take heart from that, and the experience and the resolve of our ancestors, and take pride in our actions today,” he added.

The genocide amendment is designed to circumvent the international route of recognising genocide, which has been paralysed by China and Russia’s veto powers in the United Nations, and to cater for successive UK governments’ long stated position that genocide has to be determined by a court.

In an article published on Tuesday in The House, Neill argued that the UK should fight the political obstruction of the International Court of Justice (ICJ) by political and diplomatic means instead of circumventing it.

He also argued that the amendment will drag the court into political arena, and that although genocide is determined by a court, it would do nothing as Beijing will still dismiss it as political interference.

“I believe that a better course is to be found by ensuring Parliament is given full scrutiny and a decisive vote on the negotiating mandate for, and final sign off of, any future trade deal. ”

Aarif Abraham, a solicitor who specialises in areas including International human rights law, on Friday wrote an article to counter Neill’s arguments.

“Cases at the ICJ are based on consent. If a State, such as China, has a reservation to the Genocide Convention, then action at the ICJ is impossible,” Abraham wrote in The House.

Abraham also cited precedences when successive governments dismissed Foreign Affairs Committee’s recommendations on alleged genocide, on the grounds that genocide determination can only be made by a court.

“This amendment formalises the government’s long stated position and can break 70 years of inaction,” he wrote.

Reporting by Jane Werrell of NTD.