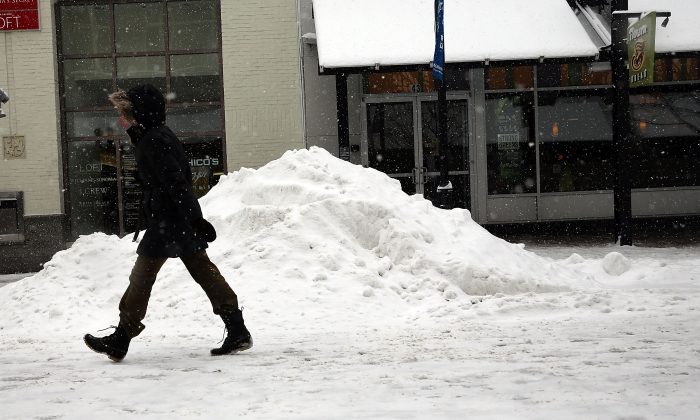 A woman walks down a street during heavy snow on Feb. 5, 2014, in Burlington, Vt. (Spencer Platt/Getty Images)
US News

Nineteen-year-old Connor Gage from Little Falls, New York, was attending his first year at the University of Vermont. But on Feb. 2, he was found dead off campus, in below zero temperatures.

It’s unfortunate when you wake up and realize that anything really can happen Connor you were the sweetest man. i’ll always keep your laughter and genuine love by my side. i had some good convos w you. ALL MY LOVE, PRAYERS & THOUGHTS ARE GOING TO THE GAGE FAMILY. rest easy💛

The Burlington Police stated in a tweet that the frigid temperature “seems to have been a cause or significant contributing factor.” Along with the tweet was a letter from Annie Stevens, the Vice Provost for Student Affairs at the university.

Connor Gage, of Little Falls, NY, was the @uvmvermont freshman who was found deceased in the Old North End yesterday morning. He was 19. Exposure to cold seems to have been a cause or significant contributing factor. Our investigation continues. pic.twitter.com/pDOLeX5qXG

According to the police report, both the Burlington Police Department and the Burlington Fire Department received the report of an unconscious male lying in the snow at 10:48 a.m. Once they arrived, they found Gage’s body in a business’s rear parking lot and attempted to resuscitate him, but were unsuccessful.

Blame it on the Cold

Early in the morning, Gage tried to cut through the business’s parking lot as a shortcut to the university but was blocked by the fence, according to the press release. No indications of foul play have been found in the investigation.

Gage was found with “clothing inadequate to the temperature.” Currently, the police are investigating the details of Gage’s whereabouts prior to his death.

In the university’s message to its community, a brief description was given of Gage, and the university also extended its deepest condolences to his family.

Profoundly saddened by the loss of first-year student Connor Gage. Please keep Connor’s family in your thoughts and prayers. Our campus community mourns with them. https://t.co/LuNUlGTAkC

Gerald Belz—just one year younger than Gage, and attending his second year—froze to death on Jan. 30, a few days before Gage’s death. Belz’s body was found outside of the university’s residence hall at 2:48 a.m.

1st-year pre-med student Gerald Belz of Cedar Rapids, Iowa, was found unresponsive on campus early Wednesday morning during deadly polar vortex. “No foul play is suspected. Investigation is ongoing, the cause of death is believed to be weather related,” according the university pic.twitter.com/Rh8iWgdTio

Saddened by the loss of a member of the Hawkeye family: pic.twitter.com/sMq4XRK1Ci