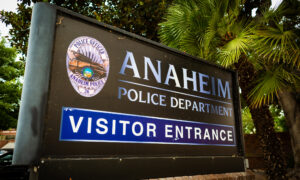 Six people are dead, including five children, after a suspect opened fire at an Oklahoma home, said police on Tuesday.

The Muskogee Police Department said a man was also killed in the incident, and a woman suffered life-threatening injuries. The identities of the victims were not disclosed.

Authorities arrived on the scene and found the suspect, who was not named, holding a gun, according to Fox23. Police said an officer shot at the gunman as he tried to flee the area.

After a short chase, the suspect was apprehended by police, officials said.

When inside the home, authorities found a man and four children dead. A fifth child died after being airlifted to a hospital in Tulsa, police added.

Police confirmed to KPAX-TV that the suspect is related to the victims but did not elaborate.

The Muskogee Police Department further stipulated that the shooting appears to be a “domestic incident.”

Police responded to the home in the 900 block of Indiana Street at around 1:30 a.m. after a caller told 911 that several people were shot, according to KPAX-TV.

Officials told KTUL they don’t believe there are other suspects.

Other details about the shooting were not provided.

Muskogee is located about 30 miles southeast of Tulsa and more than 100 miles east of Oklahoma City.