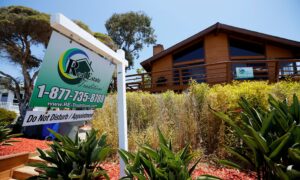 Shoe That Grows: Great Idea Helps Kids Around the World

Kenton Lee used to work in Nairobi, Kenya. One day, back in 2007, he saw a little girl wearing a pretty white dress, but he noticed she was wearing shoes that were way too small for her.

He wondered if there could be a shoe with an adjustable size. After all, a good pair of shoes would make a big difference for hundreds of millions of poor children, protecting them from foot injuries and infections.

Some 1.5 billion people worldwide suffer from a soil-transmitted parasitic infection, according to the World Health Organization.

Lee tried to build a few prototypes of an expandable shoe and reached out to shoe companies, but with no success. Still, he didn’t let go of the idea.

With a small team of enthusiasts, he contacted a shoe prototyping firm in Oregon called Proof of Concept, and by 2014 they had a prototype ready for production—The Shoe That Grows.

The shoes can expand five sizes, and because the soles are made of durable compressed rubber, similar to that used in car tires, they can last up to five years.

So far, they have distributed some 100,000 pairs across about 85 countries.

Lee now works on fundraising, while his colleague Andrew Kroes directs a company that makes and distributes the shoes.

“We’ve continued to develop the shoe, testing new materials and designs,” Kroes said in an email. “And we’ve seen marked improvements in the durability when comparing early versions of the shoe to our most current. Our goal continues to be that the shoe is functional enough to last for years as it grows with the child and durable enough to last that entire time and then be passed along to another child.”

Each pair costs $15 and the production is funded by donations and shoe sales.

“Instead of just fundraising and distributing the shoes ourselves, we find partners who can help fund the production of the shoes and who are already serving kids in need,” Kroes said. “Many of these groups are nonprofits, churches, schools, clubs, or even just individuals travelling internationally who have the funds or fundraise with us to get as many pairs distributed as possible.”

While they began the production in China, their goal is to manufacture the shoes in the same communities that need them. Last year, they started to work with a locally owned shoe factory in Ethiopia and production should start there later this year.

The company, which calls itself Because International, allows people to donate the shoes to children who need them through their website.

While staving off worm infection is certainly beneficial, the children are often most excited about having a new pair of shoes of their own, Kroes said. “Even in cases where a child has had a pair of shoes in the past, those are shoes that are used and donated or hand-me-downs from an older child, just like their clothes and many other things they have. So the pride and dignity that comes from owning a brand new pairs of shoes that are completely their own is pretty incredible to see.”