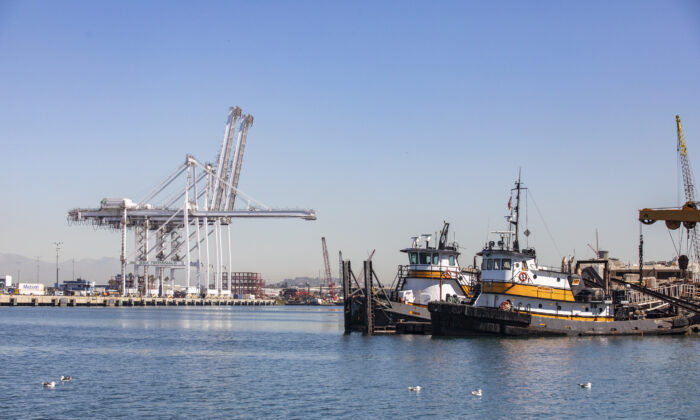 A U.N. agency has warned that a surge in container shipping rates threatens the global economic recovery and could add an additional 1.5 percent to consumer price inflation through 2023.

The United Nations Conference on Trade and Development (UNCTAD) said in a Nov. 18 analysis (pdf) that, since the second half of 2020, higher-than-expected demand for containerized goods combined with logistical hurdles and other shipping bottlenecks have driven up freight rates.

The agency cited several examples of surging shipping costs, in one case noting a more than 700-percent increase in the Shanghai Containerized Freight Index (SCFI) spot rate on the Shanghai-Europe route. The rate was less than $1,000 per 20-foot equivalent standard container units (TEU) in June 2020, jumping to about $4,000 per TEU by the end of 2020 and, by the end of July 2021, it had vaulted to $7,395.

“Unreliable schedules, and port congestion have also led to a surge in surcharges and fees, including demurrage and detention fees,” the agency added in the report.

Freight rates are expected to stay high, UNCTAD said, noting continued strong demand and growing uncertainty on the supply side.

“The intensified cost pressures, inefficiencies, and vulnerabilities in the maritime supply chain, driven primarily by the COVID-19 disruption and its knock-on effects on shipping and ports, could continue to disrupt supply chains, raising both production costs and consumption prices,” the agency said.

The current surge in freight rates, if sustained, will “significantly increase” both import and consumer prices, the agency warned, predicting that global import price levels will rise an average of 11 percent and consumer prices will go up 1.5 percent through 2023.

“The current surge in freight rates will have a profound impact on trade and undermine socioeconomic recovery, especially in developing countries, until maritime shipping operations return to normal,” UNCTAD Secretary General Rebeca Grynspan said in a note.

It added that intensified cost pressures “are expected to ease when global demand patterns are normalized, manufacturing capacity comes online, and logistical assets are optimized to improve the balance between supply and demand.”

Record high freight rates have pushed up profits for some transport firms, with German shipping giant Hapag-Lloyd reporting a more than tenfold rise in profits over the past nine months. The company attributed the surge in profits mostly to higher freight rates driven by “persistently high demand for container transport” coupled with scarce transport capacity.

The UNCTAD report also said surging freight rates threaten to undermine the economic recovery. The agency estimated that, in the United States and the euro area, a 10 percent increase in container freight rates in the short- to medium-term could lead to a contraction in industrial production of around 1 percent.