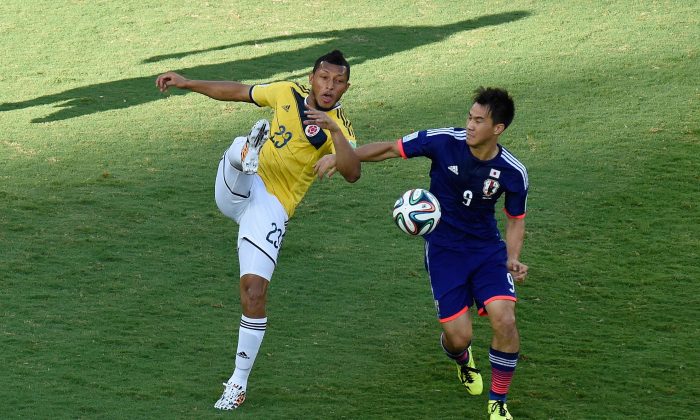 Shinji Okazaki has pulled Japan level with a goal in stoppage time of the first half.

AC Milan player Keisuke Honda provided the assist via a cross from the right flank.