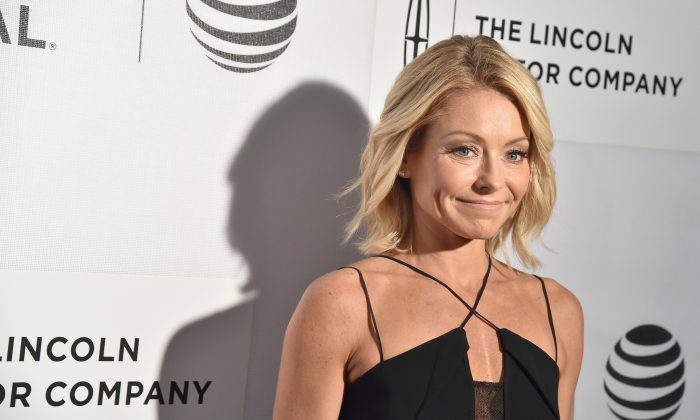 Kelly Ripa is “acting deeply selfish” by skipping work following the announcement of the departure of co-host Michael Strahan, staff at Ripa’s “Live With Kelly and Michael” said.

The unnamed staff members said that they were “blindsided” by their boss refusing to show up for work.

“Staff are upset that she’s not there. They are pulling a double shift today while she’s left them in the lurch after her tantrum,” a source told the Daily Mail.

“They feel like Michael’s taking the high road but Kelly’s the one who blindsided them by not showing up for work. The feeling is that how she’s acting is deeply selfish.”

“Live” airs five days a week, with two shows taped every Thursday–one for that day and one for Friday.

After Ripa missed work on Wednesday following the announcement that Strahan would be moving to “Good Morning America,” the network said she wouldn’t be appearing again until next Tuesday.

Sources said that Ripa plans on not attending work until Strahan leaves for his new gig. The former NFL star has been appearing on “Good Morning” two days a week but the new move will be full-time.

Another source told the Mail, though, that Ripa canceled her previously scheduled vacation to the Turks and Caicos—planned as a 20-year anniversary trip with her husband—because she’s so upset not only about Strahan leaving, but the timing of the announcement.

Oprah Winfrey on Kelly Ripa Drama: ‘Nobody should ever be blindsided’

“The reason Kelly is upset is that ABC knew of her long standing vacation plans for the end of this week, and this is the week they chose to stick the knife in her back,” the source said.

But sources told TMZ that ABC executives aren’t concerned about Ripa leaving—she earns nearly $15 million a year, but spends a lot of it on her lifestyle as does her partner.

Strahan, meanwhile, has said in appearances both on “Live” and “GMA” that he loves Ripa and is sad to leave her.

He’s also tried to reach her by phone, but she won’t respond, a source told the New York Daily News.

The source said: “He’s reached out but there’s been no response.”