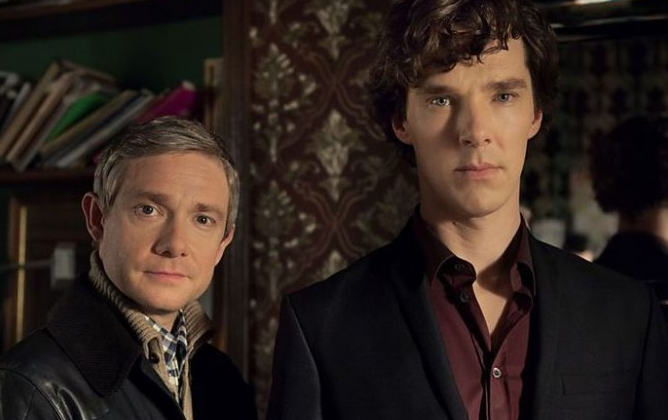 The popular show’s season 3 will hit the streaming service on Monday.

Sherlock Uncovered is a set of 30 minute specials that explore how each episode was made, and will be made available as well.

The first and second seasons have been available on Netflix.

The show is notoriously slow in putting out new episodes, something that producer Sue Vertue addressed when Vulture asked her about a season 4.

“We’re literally in the middle of working out what we’re doing and the dates we’ve got. It’s a bit of a watch-this-space, I’m afraid,” Vertue said.

“It’s all going in the right direction. There’s nothing to worry about. Everyone’s very willing to make it work. I’m sorry — that’s all you’re getting for now,” Moffat said.