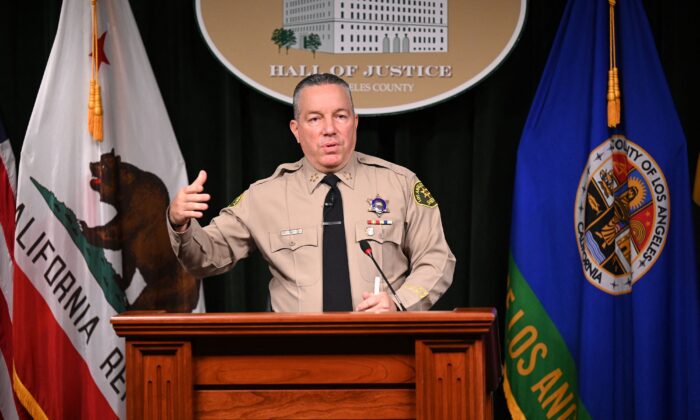 “This month’s busiest holiday shopping days are quickly approaching and crime is indisputably on the rise,” said Barger, who represents the Fifth District.

“The recent smash-and-grab crime wave and various robberies are proof that criminals feel bold and untouchable—crimes are increasingly committed in the public eye. These funds will help provide more law enforcement patrols and presence in the communities I represent. Everyone deserves to feel safe whether they work in retail, are shopping for loved ones or simply enjoying time off at home.”

L.A. County Sheriff Alex Villanueva, who has often tangled with the supervisors and other agencies over funding issues, praised Barger’s move.

“I would like to thank Supervisor Barger for her generous support,” Villanueva said in a statement released by Barger’s office. “During a time when crime rates are up, this funding will contribute to the Los Angeles County Sheriff’s Department’s tireless efforts towards keeping the public safe in the Fifth District.”

“Retail shop owners need to feel protected and families need to feel safe while strolling and shopping during this holiday season,” he said.

He added that the money “will have a positive impact on holiday sales at our community based shops and businesses.”