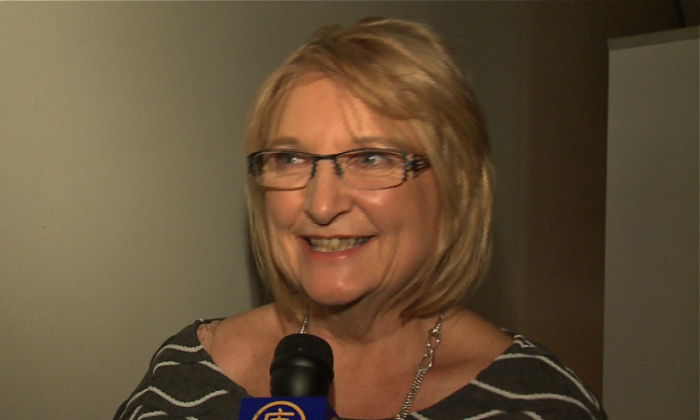 Shen Yun Worth the Long Trip for Pipe Organist

OTTAWA—Anne Knops came a long way to see Shen Yun Performing Arts at the National Arts Centre (NAC) on Thursday Dec. 27. New York-based Shen Yun opened in the nation’s capital to a sold out audience despite a major snowstorm blanketing the city.

Ms. Knops lives in Ingersoll, about 600 km southwest of Ottawa. She is a pipe organist, pianist, and choir director. It was her first trip to the NAC in Ottawa.

“It was really worth the trip. I came a long way to hear it, and I’m very pleased,” Ms. Knops said.

Shen Yun takes the audience on a journey through 5,000 years of divinely inspired culture. The company includes the world’s finest classical Chinese dancers, beautiful handcrafted costumes, detailed animated backdrops, and an orchestra combining Chinese instruments, such as the erhu and the pipa, with traditional Western ones for a dramatic new sound.

She thought the musical arrangement was very educational.

“The music is very well done, very precise,” she said.

“The two cultures [East and West] meet very nicely, and it conveys to the audience what we need to hear and see,” Ms. Knops said.

The audience at the NAC gave Shen Yun a resounding standing ovation at the end of the show. The Shen Yun performance impressed Ms. Knops and she said she is aware the company’s travels will take it closer to her home.

“I will maybe try to see it again in Toronto. It’s lovely, lovely,” Ms. Knops said.