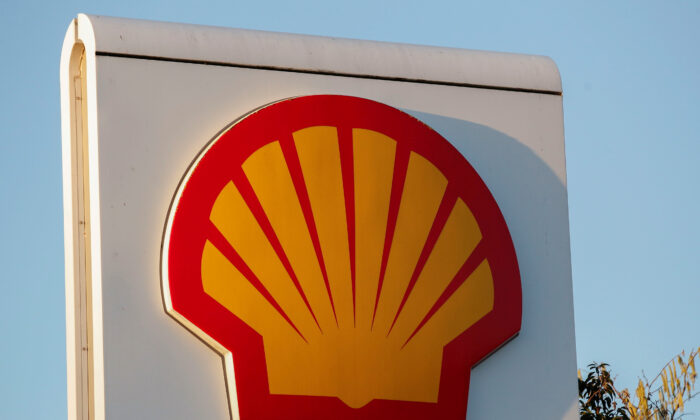 LONDON—Shell said on Thursday it would reverse up to $4.5 billion in writedowns on oil and gas assets after it raised its energy prices outlook following Russia’s invasion of Ukraine.

In an update before second quarter results on July 28, Shell said its refining margins almost tripled over the period, boosted by recovering global demand from the pandemic, a lack of refining capacity, and lower fuel exports from Russia.

Earnings from oil and refined products trading were expected to be strong in the quarter but lower than the first quarter of 2022, Shell said.

Shell’s indicative refining margin rose in the second quarter to $28.04 per barrel from $10.23 a barrel in the first quarter and $4.17 a year earlier.

Shell shares were up 0.6 percent at 8:50 a.m. GMT, significantly lower than the 2.4 percent gains to the broader energy index.

Shell, which posted a record quarterly profit of over $9 billion in the first quarter, said its cash flow in the second quarter was hit by an outflow of about $6 billion. It said “prevailing volatility” in the market would hit cash flows.

“We see the statement as neutral given a number of offsetting impacts to results, with the main uncertainty being around the magnitude of working capital outflows,” RBC Capital Markets analyst Biraj Borkhataria said in a note.

Oil and gas prices remained elevated in the quarter, with benchmark Brent crude averaging about $114 a barrel.

“In the second quarter 2022, Shell has revised its mid and long-term oil and gas commodity prices reflecting the current macroeconomic environment as well as updated energy market demand and supply fundamentals,” it said.

The upgrade will result in post-tax impairment reversals of $3.5 to $4.5 billion. Shell wrote down more than $22 billion in 2020 after the collapse in oil prices due to the pandemic.

Shell said it completed its $8.5 billion share buyback program during the second quarter.

Shell’s oil and gas production was expected to be up to 2.93 million barrels of oil equivalent per day in the quarter, its lowest in at least seven years, as a result of high field maintenance.

Shell, the world’s largest trader of liquefied natural gas (LNG), said its quarterly LNG production was expected to be in a range of 7.4 million to 8 million tonnes.

The figure reflects the removal of LNG volumes from the Sakhalin-2 plant in eastern Russia which Shell plans to exit.