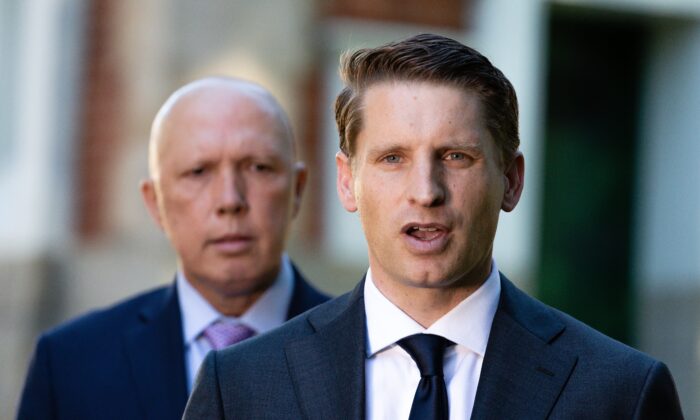 The Assistant Minister for Defence gave evidence at the Federal Court hearing on Monday about speaking to the media about the Roberts-Smith’s unlawful conduct in Afghanistan, having previously said he believed the war hero may be a war criminal.

Roberts-Smith, 43, is suing journalists at The Age, The Sydney Morning Herald and The Canberra Times over defamation after the news outlets alleged him of committing war crimes in Afghanistan between 2006 and 2012, including bullying colleagues and assaulting his mistress. The decorated veteran denied all the accusations while the newspapers are pleading a defence of truth.

Hastie – a captain in the Special Air Service (SAS) Regiment between 2010 and 2015 – said the accusations came from multiple special forces members.

“The reason these allegations have come to light is because the systems have failed thus far,” he told the Federal Court.

He added that the “fourth estate” was doing important work shedding light on incidents that helps “keeps democracy healthy.”

The newspapers have accused that Roberts-Smith kicked an unarmed, handcuffed prisoner in the chest, before kicking off a cliff, during a SAS operation in Darwan in 2012. The prisoner was allegedly shot by a new soldier under Roberts-Smith’s command.

It was also alleged that Roberts-Smith shot a dead body, punched his comrade and bullied a teammate.

The veteran has consistently denied the allegations and said the man killed at Darwan was a spotter, discovered hiding in a cornfield, who was engaged legally and found with a radio on him. He was killed in accordance with the laws of war, Roberts-Smith said in his evidence last year.

Meanwhile, Roberts-Smith’s lawyers have repeatedly suggested allegations against the war hero were made up by a small group of peers who were jealous of his military accolades.

They also accused Hastie of having financial ties with the news outlets and attempting to raise his own profile as a politician through the case. Hastie denied the accusation.

The parliamentarian told the court on March 25 that 20 people had suggested to him that “the outward-facing picture of Mr Robers-Smith was at odds with his battlefield conduct.” He recounted being told by an experienced SAS officer that their responsibility is “not to get these guys to kill, but to restrain them.”

Hastie also emphasised the importance of having “accountability” at all levels of the military, as well as facing problems within the SAS.

Hastie said although he “started from a very high regard” for the Victorian Cross recipient, “I am no longer proud of Mr Roberts-Smith.”