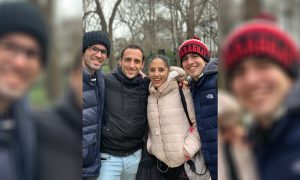 New York Q&A: What Do You Think of Amazon Pulling out of New York?
0
Share Now
TelegramFacebookTweetEmailTellMeWeReddit
Copy Link 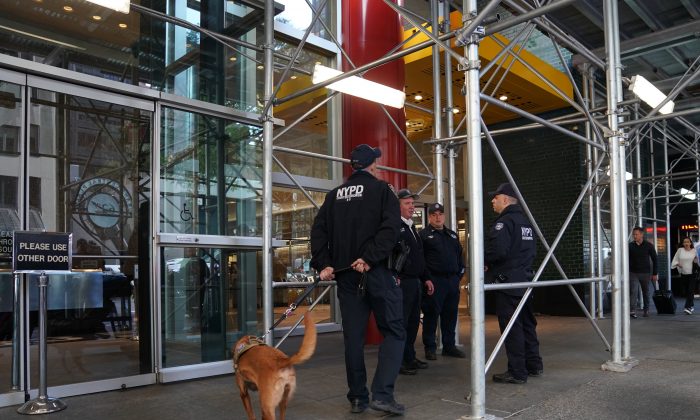 Both murders and reported rapes across all five boroughs in New York City rose sharply in the first two months of 2019, despite the New York Police Department (NYPD) noting that overall crime has declined.

The recent trend was revealed by NYPD’s weekly CompStat report which found 51 murders as of Feb. 24—a 50 percent increase from the same time last year. At the same time, 267 rape cases were reported—a 23.6 percent rise.

Misdemeanor sex crimes also spiked. While the first two months of 2018 saw 459 instances, so far this year, 580 cases have been reported—an increase of more than 26 percent. The number of both shooting incidents and shooting victims, meanwhile, saw no major changes when compared to 2018.

One such high-profile murder involved a fight that turned into a homicide at the 90th Street subway station in Queens in February. Graphic video of the incident—which took place in broad daylight—was circulated on social media. In a live press conference, it was revealed that the shooter was a 26-year-old MS-13 gang member, a notoriously violent gang known for its brutal methods of murder.

President Donald Trump referenced the shooting in his State of the Union speech, where he noted that MS-13 gang members operate in 20 different U.S. states, and “almost all come through our southern border.” The murderer, Ramiro Gutierrez, and two more MS-13 gang members have since been taken into custody and charged.

The number of total crimes in the first two months of this year actually decreased by 8.4 percent, with 12,372 crimes committed so far in 2019 compared to 13,500 last year. The overall crime drop in New York was attributed to a decline in robberies, felony assaults, burglaries, grand larceny, and grand larceny auto.

But both New York’s Police Commissioner, James P. O’Neill, and the city’s mayor, Bill de Blasio, failed to directly address the alarming spikes in both murders and reported rapes in a previous CompStat report for January this year.

An NYPD spokesperson told The Epoch Times that they take every crime seriously and that “any murder or rape is one too many.”

“Using data-driven precision to target crime, along with neighborhood policing, the NYPD has produced record low crime,” the department said via email. “The NYPD will use these proven tactics to address any temporary upticks, so that every New Yorker—regardless of zip code—can live in safety.”

The NYPD highlighted all positive statistics in their January report, such as lower transit crime and robberies, but did not prominently point out the increase in murder and rape, which for that month had already increased by over 20 percent for each. The increases were only revealed when looking at the numbered charts and were not highlighted in the report.