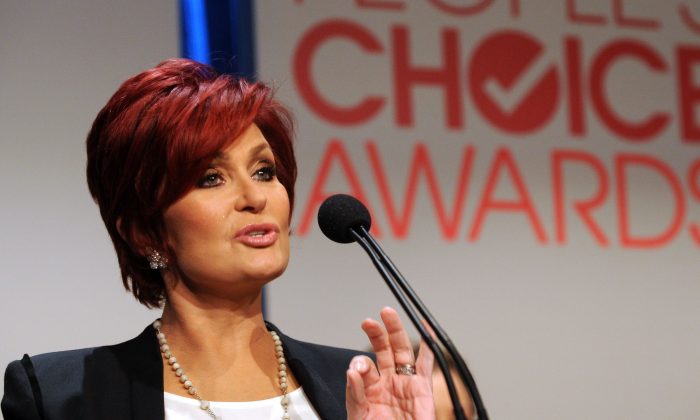 Sharon Osbourne 911 tape: Sharon Osbourne called 911 to report a fire at the Osbourne home in January. She has recently left the home, telling Ozzy she would return when he could stay sober.

Sharon Osbourne called 911 on January 17 at 4:45 a.m. to report a fire. The dispatcher recording was posted on TMZ.com on April 17. Ozzy Osbourne is heard in the background, though not clearly enough to make out what he is saying.

Sharon Osbourne, flustered, tells the operator: “We had a fire in my room, it was a candle. My husband put it out, but I want to be sure.” She said the candle set the table on fire.

Sharon has left the home, and was on a luxury yacht in Los Cabos, Mexico, without Ozzy on April 18, according to the Daily Mail. The couple has denied rumors that they are ending their 30-year marriage. A source close to the couple told TMZ that Sharon just wants to show Ozzy some tough love and push him to stay clean.

Ozzy wrote on his Facebook page on April 15: “For the last year and a half I have been drinking and taking drugs. I was in a very dark place … However, I am happy to say that I am now 44 days sober. Just to set the record straight, Sharon and I are not divorcing. I’m just trying to be a better person. I would like to apologize to Sharon, my family, my friends and my band mates for my insane behavior during this period………and my fans.”